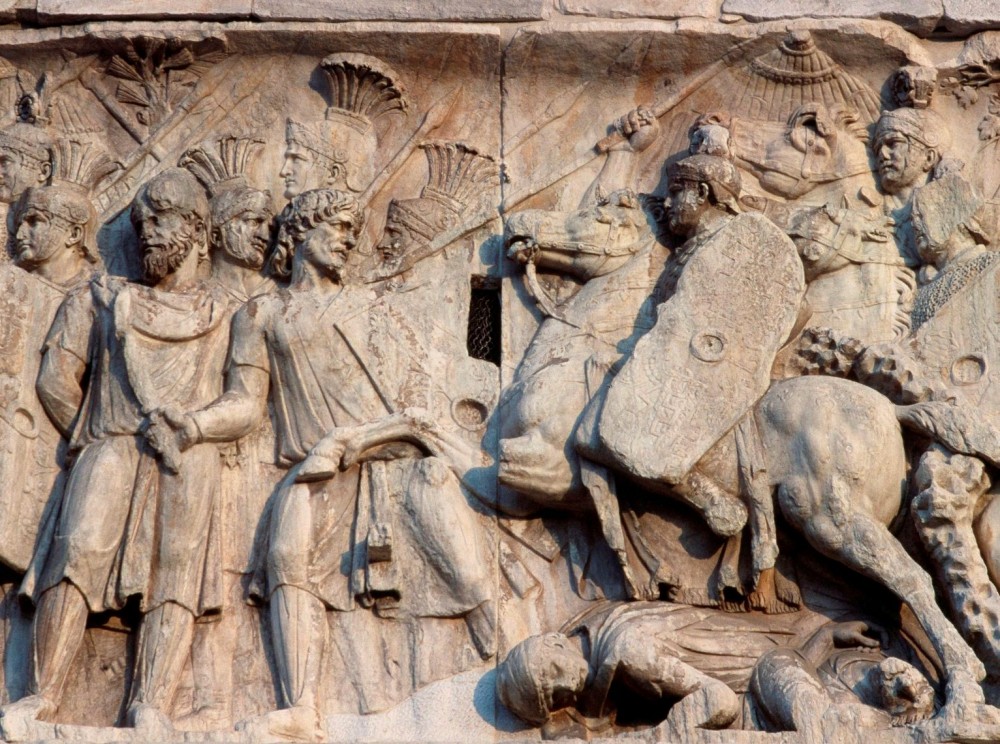 This article is dedicated to the complex question of the role and the significance of barbarians in the struggle between emperors Constantine I and Licinius I. Most of the available facts are from various written sources about the two Augustus’ confrontation, and can be used to draw conclusions about the sequence of events. The most important of these events are the attack of the Sauromatus barbarians, led by King Rausimodus, against Constantine’s estate (shortly before 323 AD) and the Gothic invasion in 323 AD. It is very likely that both these invasions were connected to plots hatched by Licinius. In the first case, war was waged on the territory of Empire, but in the second case territory to the north of Roman lands was also attacked by the barbarians. From analysing archaeological material from the hill fort of Belinskoe, we can infer that Bosporan territory was attacked in the same period and a frontier city defending the western borders of the Bosporan kingdom was defeated. Despite a number of treatises signed between barbarian tribes and the Romans, many barbarians, headed by Rausimodus, who supported the earlier practice of predatory campaigns and began to fight openly against antique world, set out against those barbarian tribes who tried to maintain peaceful relationships with the Bosporan Kingdom. It is possible that Rausimodus’ march to the Empire’s borders could have been related to the internal fights taking place within Roman state between Constantine and Licinius, and also to religious matters, as Licinius supported paganism and Constantine Christianity. It is even possible that Licinius agreed a secret treaty with the Goths to allow them to pass through his lands. The episode analysed here is only one in the long period of struggle between the two Augusts.

Number of views: 215
Previous:
Conceptual Understanding of the Russian-Caucasian Relations in the XVI–XIX centuries in the Official Imperial Historiography
Next:
Mountain Archaeology in Romania: The Status of Research
Resources