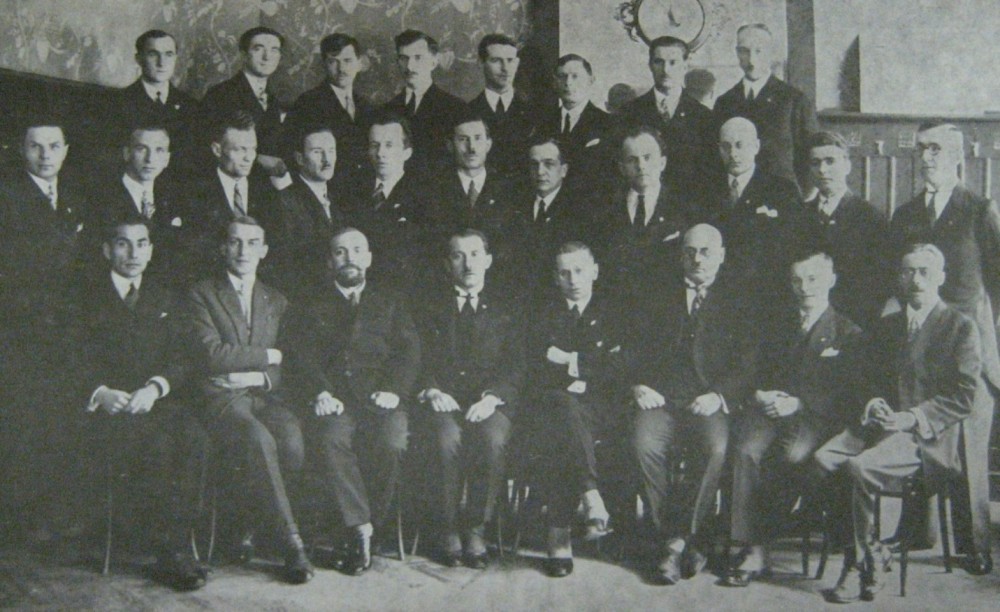 Radical-and-nationalistic Environment of the Interwar Ukrainian Political Emigration in Bulgaria, Romania and Yugoslavia was represented by the Organization of Ukrainian Nationalists (OUN) and the Ukrainian Fascist Shift (Movement). The former emerged in 1929 uniting some military and youth nationalist organizations and had its organizational net in the Balkans. The leaders of its centre in Bulgaria were Ivan Korshun, Ivan Shymansky and Mykola Nitskevich, in Yugoslavia — Grygory Kaliuzhny and Vasyl Voitanivsky. The centre of OUN in these countries were not numerous but they were active in the emigrant environment. In the fight against the supporters of State Centre of the Ukrainian People’s Republic, the Ukrainian Union of State Grain Harvesters and the Ukrainian National Cossack Community for the influence on the emigrants positive results were achieved. They were favoured by Mykola Sciborsky’s, one of the OUN leaders, frequent visits to Bulgaria and Yugoslavia. The OUN influence spread onto the Ukrainian Community “Prosvita” in Zagreb with numerous affiliates in Croatia and Bosnia and the Ukrainian Cultural Association in Bulgaria. The attempts to head the unions of the Ukrainian organizations in Bulgaria and Yugoslavia were not successful. In Bulgaria the OUN centres were most influential in Sofia and Varna, in Yugoslavia — in Zagreb (Croatia). V. Voitanivsky, the OUN leader in Croatia, maintained contacts with the Croatian revolutionary organization (“Ustashi”). The Ukrainian Fascist Shift (UFS) emerged in the mid-1930s in Belgrade. Its leader was Lev Bogunets (Baganets). The UFS did not have a branched net of centres. Its activity was merely confined to Serbia. The Shift published the miscellany “For Ukraine”, oriented at Germany and was in the opposition both to the OUN and the government of the Ukrainian People’s Republic in emigration. In the interwar period the OUN in Romania had its own net on the ethnic Ukrainian lands — in the Northern Bukovina and a part of Bessarabia. It was at the end of 1939 that some members of the Ukrainian Community in Bucharest headed by Vasyl Melnyk broke the relationship with the government of the Ukrainian People’s Republic in emigration and together with the local centre of the Ukrainian Union of State Hetmantsi were subordinated to the OUN. The group of V. Melnyk maintained the contact with the Romanian right-wing radical organization “The Iron Guard”ю

Number of views: 180
Previous:
The Review of the History of the Ruthenians in Yugoslavia (1918-2000)
Next:
Internment and Deportation of the Transcarpathian Hungarians in conditions of Soviet Power (1944-1946)
Resources