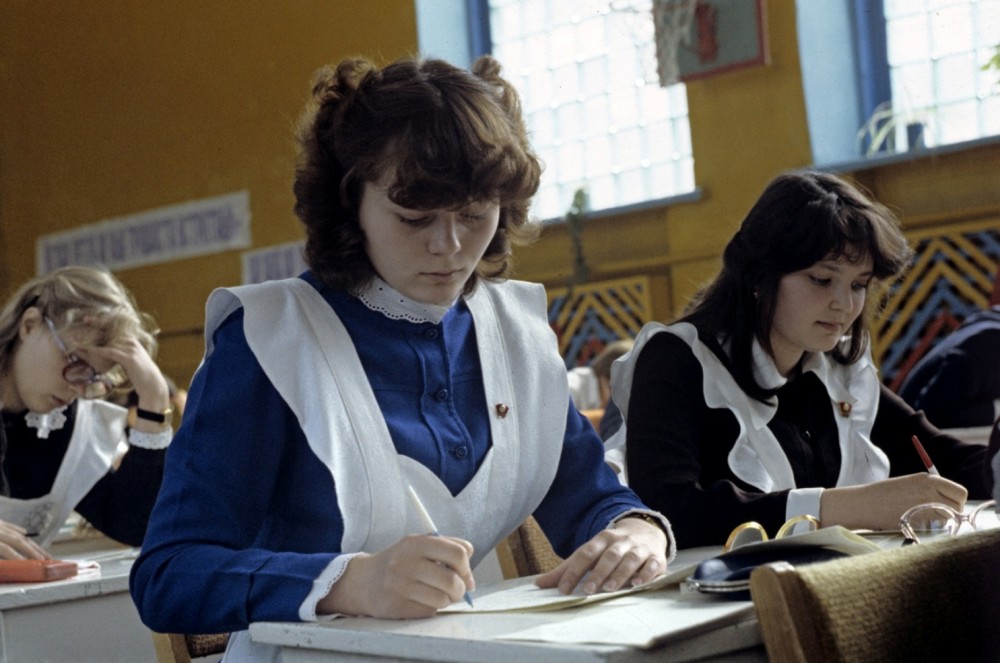 Films of the «perestroika» period (1986—1991) related to school/university theme showed that: — the educational / upbringing process has lost the previous strict storylines and in many respects has lost its communist landmarks; — both school and university have acute problem areas (crisis, disappointment and fatigue, professional «burning out» of teachers, stagnation, hypocrisy, lies, bureaucracy and authoritarianism, pragmatic cynicism of students, teenage cruelty, underage sexual activity, etc.); — the activity of a schoolchild / student again became more directed toward the outside world than to the inner world; — appropriate distance in the teacher-student relationship has become more fragile (familiarity, sexual relation, or its provocation); in the films Work on Mistakes (1988) and Asthenic Syndrome (1989), male teachers even fight with high school students in class or in the school corridor; — the prestige of the pedagogical profession in the eyes of students and the public has fallen even lower; in accordance with the real state of affairs, female teachers' images (often lonely, unsettled) came to the forefront; — the main conflicts of plots were built on the opposition of non-ordinary teachers and students with stagnation, bureaucracy, mediocre bosses / colleagues / peers. In fact, one can probably assume that the exposing «black series» of the perestroika cinema (where the youth theme was one of the most prominent ones) served a kind of «mobilizing purpose», only at the time it was not the orientation of «Soviet power elites in the renewal of the tools which they embodied the communist project with». Conversely, a Western-oriented part of the Soviet ruling elite used «uncensored» cinematography as one of the levers for the gradual liquidation of socialism. On the other hand, it is possible not to attach special importance to this «conspiracy» assumption, believing that Soviet cinematographers spontaneously walked in the wake of political and socio-cultural changes of the «perestroika» era. After all, we should not forget that by the end of the 1980s a paradoxical situation arose in the USSR when the state continued to finance film production, but in the actual absence of censorship, filmmakers could produce all that they wanted, practically ignoring the opinion of the leading bodies of the CPSU and the government.

Number of views: 101
Previous:
The new mold from Olbia and Olbian metal-working of the late archaic period
Next:
Ukrainian Students in Spain after World War II
Resources