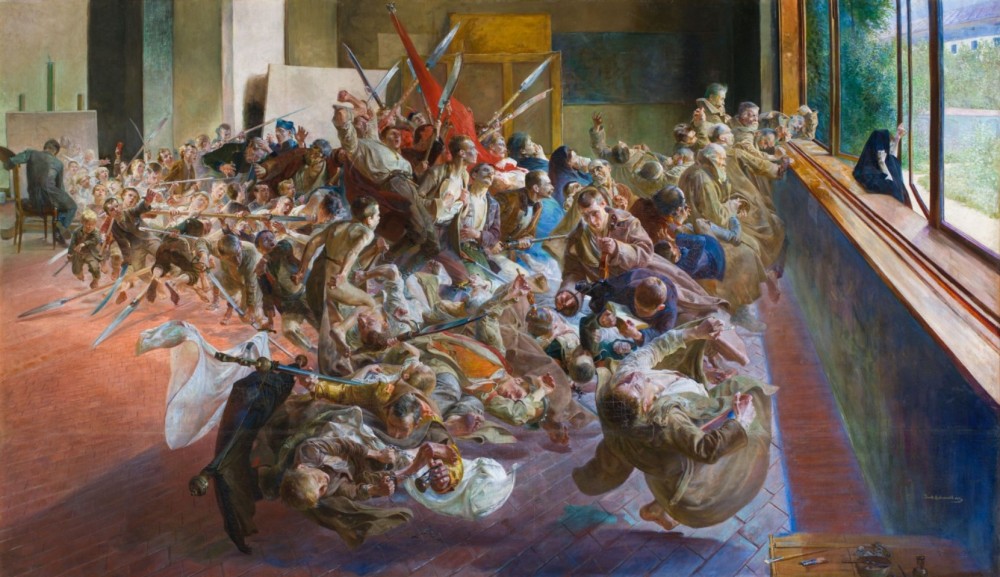 The purpose of the research — is to demonstrate the heated discussion in the Polish historiography concerning the ancient Poland state system issues in the context of the modern typology of the scientific conflicts. The methodology of the research is based on the general scientific and special historical methods application. The principles of historicism, the objectivity and the value approach concerning the studied phenomena have been observed. The study source base has been covered and ensured by the heuristic method application. The use of the historical-genetic, historical-typological and historical-systemic methods has made it possible to reproduce and follow precisely the scientific discussions unfolding and to obtain the correct conclusions. The scientific novelty is that for the first time in historiography, the scientific controversy in the beginning of the XXth century concerning the state system of the ancient Polish state, which was developed between the scientists O. Balcer and S. Kutrzeba and was supported by other researchers, is regarded as a worldview controversy of the numerous historiographic centers and generations representatives. Conclusions. The essence of the scientific conflict between the researchers O. Balcer and S. Kutrzeba consisted in the theoretical and methodological aspects, as it arose because of the conceptual differences within the classical positivist model of historiography that at the beginning of the XXth century stepped into the phase of the modernist transformations. As far as we are concerned, such conflicts have rarely a destructive nature, but rather contribute to the fruitful competition of ideas, since «the minimum level presence competition creates the conditions for the new ideas birth» (Collins, 2002). Therefore, it is undisputed that the above-mentioned controversy contributed to the further scientific progress significantly, as it inspired scientists to study the ancient Polish state nature more thoroughly, as well as raised the new issues, revised many fundamental problems, and even led to the introduction of new numerous views into the historical science in the participantsʼ publications.

Number of views: 156
Previous:
Church judicial process in the Ukrainian Hetman state (Zaporizke Viisko): analysis of judiciary practice
Next:
The «Other Europe» Since the End of the Cold War: Scope, Specificity, Perspectives
Resources