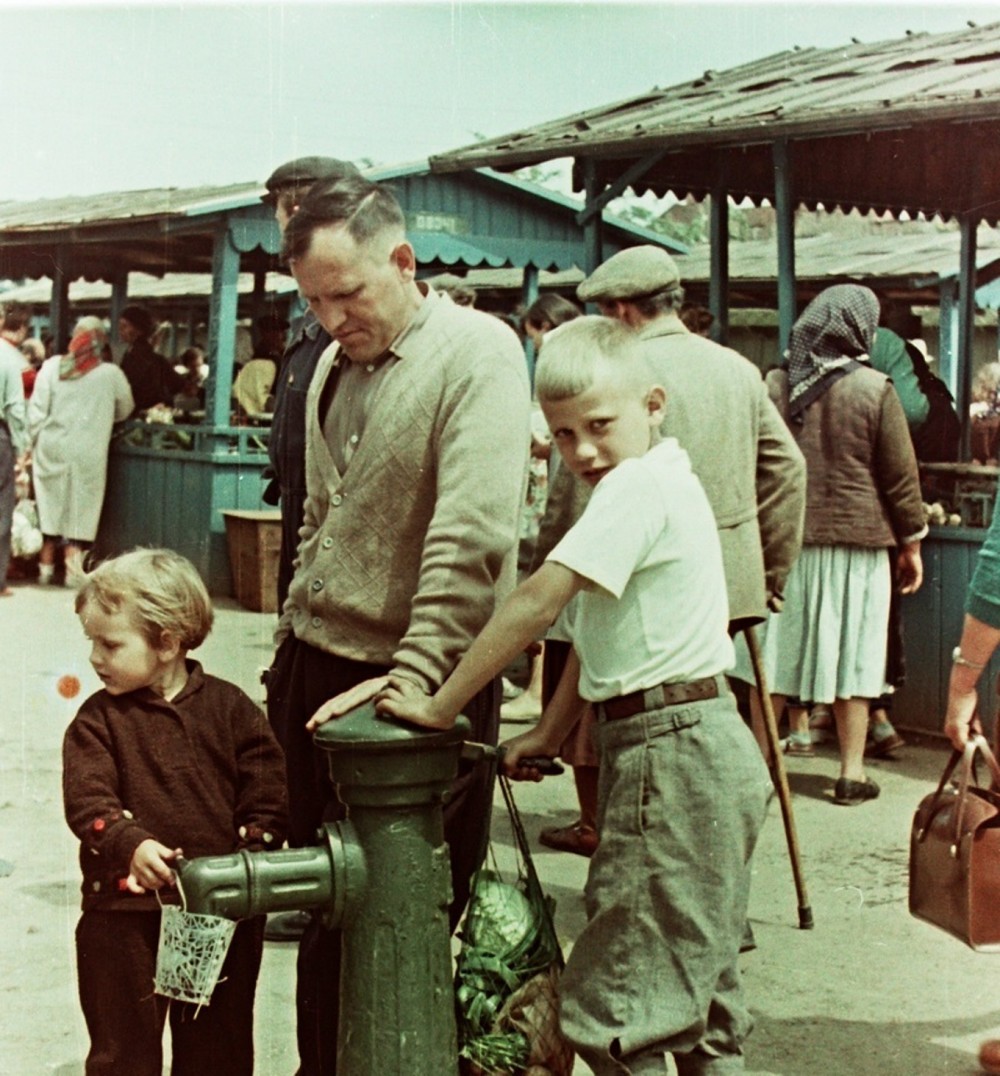 The article deals with the importance of trade marketplace as an important source of income that Ukrainian farmers received from the sale of products grown in their personal private households. Based on materials of field researches the ways and means of sales through trading marketplaces are analized Attention is paid to the characteristics of the factors that determined the activity of peasants in the market trade. It is proved that the personal entrepreneurship of the peasantry contributed to the improvement of the welfare of peasant famr Eilies. Purpose. Tre purpose of research is to study the sources of Ukrainian peasant families’ budgets, that is their profits from market traide as the part of material and economical functioning of a peasant household in the period of Khruschov’“thaw” (1953 — 1964). After the death of J. Stalin the state had weakened total economic financial press on the peasant — collective farmer. Due to the private enterprising of peasants there appeared improvement of their families’ material maintenance. Ukrainian peasants began to expand actively the ways of getting extra profits from their private plots of land. Such an activity gave an appreciable result. The collective farmers started more and more take care of their own interests, their own household. Since then they often pretended or even ignored the work in the collective farm. Among the sources of profits which Ukrainian peasants got from realizing of products grown on their private households the sail them in the markets was the most important. In the USSR they were called collective farms’ markets (they had another name among the population — bazaars. Some law normative acts adopted by the state in the context of the new course of the agrarian policy, initiated by Khruschev, favoured the activation just such a way of realization of peasant products. The notable tendency of 1950-1960-ies was the realization of products from the private household beyond the borders of their own region with the aim of getting maximum profit. Peasants went to bazaars in big cities and industrial centers of Ukraine (Kyiv, Odessa, Donetsk, etc.) as well as of other Union republics. Having got more money for their agricultural products then they could get on their local markets, the peasants bought commodities in short the lack of which was in their rural location as well as in district and even in regional centers. Profitable conditions for selling agricultural products determined rather remote routs that spared much farther than the borders of the republic. Most attractive and, accordingly, popular was the capital of the Soviet Union — Moscow though the production was brought to Belarus, other Russian cities, especially to the North, as well. Respondents’ memouirs who took part in the field researches are full of the information about the fact that peasants transported production of long-term storage (dried fruit, prunes, walnuts, sunflower seeds, dried fish, etc.). The peasants preferred to make their far travels in times when active field works have been finished. The important factor was they had been attached to their collective farms, and to get the authority permittance for travel in winter time was much more real than in any other season. Peasants’ business initiation gave them the possibility to get extra income realizing agricultural production that they had grown in their own households by means of bazaar trade. Through the number of the objective facts, the Soviet system was forced yet to permit the bazar trade though it considered it as the survival of capitalism that had no place in the socialist society .But just the bazar trade was the essential source of filling budgets for collective farmers and their families.

Source: Morozov А., Savchenko A. (2020). The bazaar trade as a component of material and economic functioning of the peasants’ household during the years of Khruschov’s «Thaw». Ukrainian Peasant. № 23: 30-34

Number of views: 83
Previous:
Influence of the peasant factor on the economic policy of the bolsheviks in the Ukrainian country side (1919 - 1921)
Next:
Justice of the peace in the Bessarabia province: a comparative analysis in the imperial context
Resources