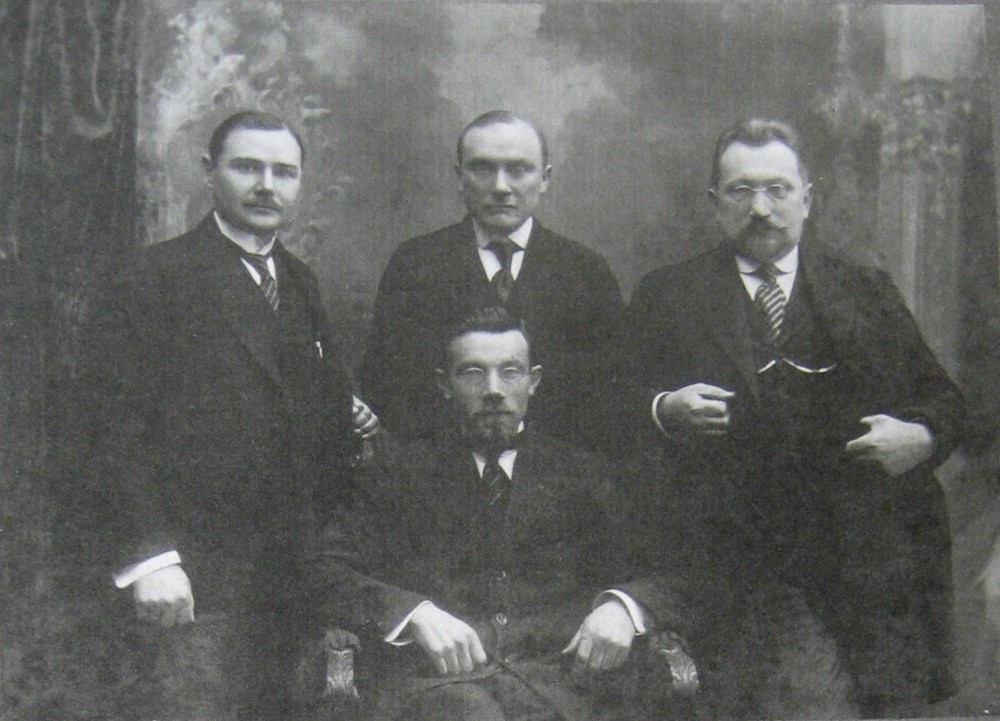 In three Balkan countries, Bulgaria, Romania and Yugoslavia, in the period between the First and Second World Wars, the national democratic environment, represented by the State Center of UNR, was the most influential and numerous among Ukrainian political emigration. His representative in Romania was Professor K. Matsievich, the head of the extraordinary diplomatic mission of the UNR, Branch of the Ukrainian Society. In 1939, V. Trepke, Deputy Chief of Public and Assisting Committee, became the member of the Government of the UNR in emigration. Representatives of the Government of the UNR in Bulgaria were M. Parashchuk and Ya. Malinovsky, representatives of the Minister of Military Affairs of the UNR (in exile) in Romania — Colonel H. Porokhivsky, in the Balkans and in Turkey — Lieutenant V. Fylonovych. Poland provided the financial support to the Government of the UNR in exile, its representatives and public organizations of emigration in recipient countries. The majority of members of the Government of the UNR at the time of emigration and before World War II were members of the Ukrainian Radical and Democratic Party that has managed to build its network in Austria, Poland and Czechoslovakia in the interwar period. In Romania, it was represented first by K. Matsievich, and then by D. Levitsky. K. Matsievich was a member by the Central Committee, and in the 1930s he headed the Foreign Office. The periodical press of the party published articles of K. Matsievich about emigration in Romania. Offices of URDP did not exist in Bulgaria and Yugoslavia. USDP carried out its public political work through the Ukrainian Republican Democratic Club in Prague. It brought together representatives of different political environments, but most members were the radical democrats. In 1928-1931, K. Matsievich was the Chairman of the council, after 1931 — Deputy Chairman. In addition to social, political, cultural and educational actions of emigration, the Club was engaged in the employment of its members, graduates of Ukrainian high schools and immigrants, including in Romania. K. Matsievich led Labour Bureau that was specially created for this purpose. In exile, the government of the UNR was under the control of the Secret Brotherhood of Ukrainian Statehood. In Ukraine, it was headed by S. Yefremov, in exile — B. Ivanitsky. The Brotherhood had an organizational structure. In the mid-1930s, its local branches-communities opened in Warsaw, Bucharest, Kalisz, Lviv, Paris, Prague and Podebrady. The Brotherhood included more than 100 people. Representatives of the national democratic environment of Ukrainian emigration in South-Eastern Europe participated in conferences of the Ukrainian Chief Emigration Council in 1929, 1932 and 1934 in Prague. D. Herodot, K. Matsievich and V. Fylonovych were members of the administrative board. The leader of Ukrainian political emigration in Romania K. Matsievich collaborated with Ukrainian Scientific Institute in Warsaw (UNI-W), which supported and substantiated the ideas of the UNR. In 1930-1931, he led the economic seminar of the Institute. At the meetings, he delivered reports and published scientific works about Ukrainian emigration in Romania. In 1930 and 1931, V. Trepke made two expeditions, with the material support UNI-W, to determine where Ivan Mazepa stayed in Romania. The most active and united adherents of the idea of the UNR were in Romania, where the Public and Assisting Committee united representatives of different political camps. In Bulgaria and Yugoslavia, its supporters headed a number of public organizations, but internal disputes gradually led to the loss of influence in the emigre environment.

Number of views: 294
Previous:
Unknown Russian icons at the Holy Lavra of Saint Sabbas the Sanctified in Palestine and their iconography
Next:
Yamnaya, not Yamnaya (review of current studies on kurgan graves of the Danube region)
Resources