«To Acquaint the Population with Improved Local Agricultural Products»: on the History of the First Agricultural Exhibition in Sumy 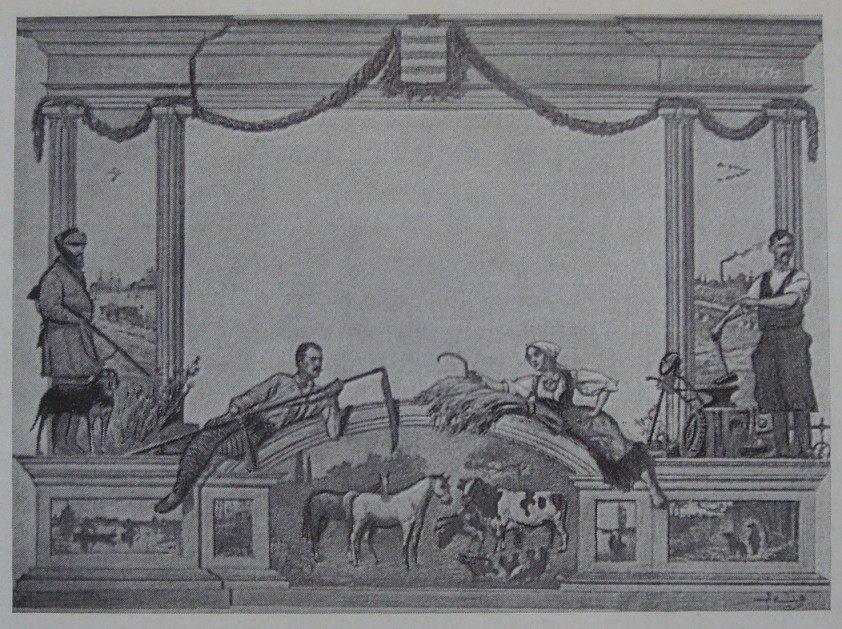 The study is devoted to the organization and holding of the Sumy agricultural and handicraft fair-exhibition in 1895. Clarification and characterization of the features of its arrangement is the purpose of the publication. The main set of sources is indicated (documents of the State Archives of the Sumy region; magazines and reports of the Sumy District Zemstvo Assembly; the report of the exhibition management committee; the press materials). The author emphasized the necessity to consider the agrarian forum in Sumy in the context of the all-Russian exhibition process, which the residents of the Sumy district were involved in both before the organization of the exhibition in Sumy and later on. It is clarified that the development of the exhibition activity was promoted by the growth of agricultural marketability, the spread of purely capitalist forms of organization in agriculture. It is indicated that the choice of Sumy by the Kharkiv Agricultural Society as a venue for a major regional exhibition is not accidental. This was preceded by both a general success of the development on a progressive basis of large landowner farms associated with industrial production, as well as the successful participation of Sumy residents in such events before and, what is important, the responsible attitude of Sumy zemstvo to the question of agricultural development. It was found that despite the risks associated with insufficient funds, shortage of time and lack of experience in holding such events, the exhibition management committee, which consisted mainly of zemstvo representatives and some major owners in the county, managed to organize and present the agrarian forum at a fairly high level, which was pleasantly noted by the correspondents of the newspaper «Juzhnyi Krai». The main exhibitors in terms of the number of presented materials were the leading agricultural and industrial producers of the region — the Kharitonenko, the Leshchinsky and Countess Stroganova, who outshone small private entrepreneurs and farmers. Another feature of the Sumy exhibition was the apathy towards the event from local handicraftsmen (so, the handicraft industry was mostly represented by guests craftsmen, especially from Kharkiv) and the scantiness of the peasant exhibits. This event served as an assessment of the real state of the agricultural sector, where successful agricultural businesses, unprofitable economies of the nobles and a land-poor peasant farms coexisted. It is proved that the Sumy exhibition of 1895 stimulated the further wide participation of Sumy agrarians in expositions and became a kind of rehearsal for the successful exhibiting of their products at the World Exhibition in Paris.

Source: Kudinov D. (2020) «To Acquaint the Population with Improved Local Agricultural Products»: on the History of the First Agricultural Exhibition in Sumy. Gardarika. №7(1): 3-18

Number of views: 240
Previous:
Odesa Professional School for Blind Children: Organization of the Educational Process and Formation of Educatees Work Skills (1887-1915)
Next:
Olbian Painted Ceramics of Hellenistic period: Source to the Studying and History of the Discussion
Resources