To the History of Ukrainian-Bulgarian Diplomatic Relations (March 1921) 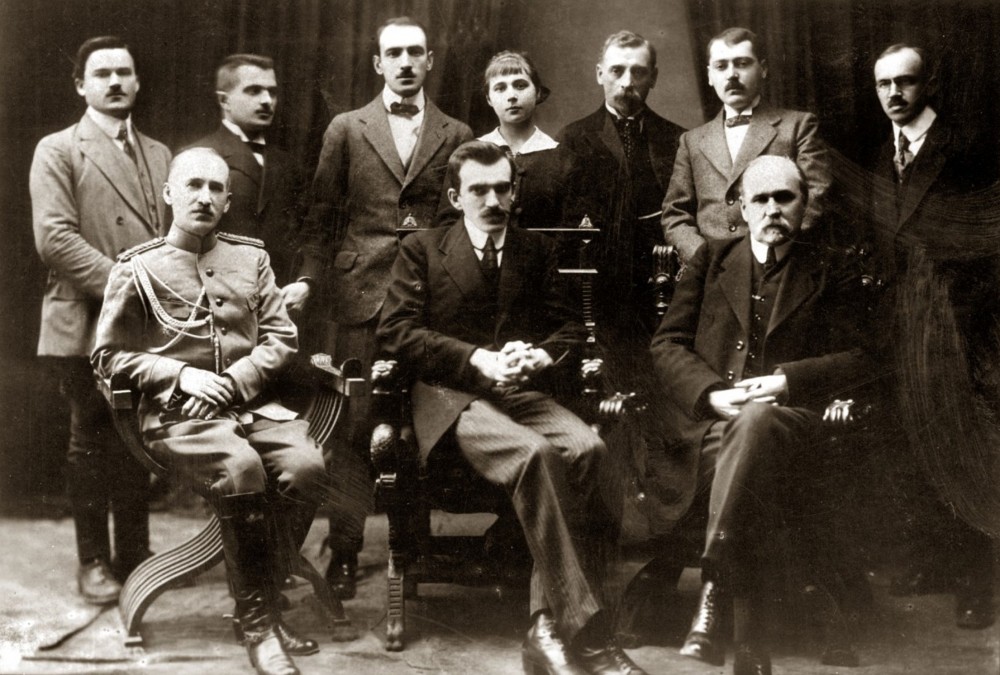 The first Ukrainian diplomatic establishment in the Balkans region was the Ukrainian embassy (UNR embassy) in Bulgaria. In 2018 Ukraine and Bulgaria celebrated 100th anniversary of establishing Ukrainian-Bulgarian diplomatic relations. Solemn ceremonies, scientific conferences, new publications devoted to the history of bilateral diplomatic relations took place in both countries. Traditionally Ukrainian authors paid more attention to the figure of the first ambassador in this country Olexandr Shulgin. The chairmen of the embassy Fedir Shulga and Vasyl Dragomyretsky were mentioned by chance. The activity of the former UNR Minister of foreign affairs, professor Kostiantyn Matsievych as the head of UNR embassy in Bulgaria was not covered properly by the researchers. On arrival in Sofia he was the head of the UNR Extraordinary diplomatic mission in Bulgaria simultaneously. The current publication provides two documents kept in the National state archive of highest authorities and management in Ukraine, which concern K. Matsievych’s visit to Bulgaria in March 1921. The first document is the report of the head of UNR Extraordinary diplomatic mission in Romania to the UNR Minister of foreign affairs Andriy Nikovsky. The document pours the light on his stay in Bulgaria, the course of negotiations with the highest officials and perspectives for uniting the representatives of Ukrainian emigration in this region. The second one contains the text of the conversation between the head of the Ministry of foreign affairs of Bulgaria Simeon Radeev and K. Matsievych, which took place in the premises of the Ministry of foreign affairs of Bulgaria in Sofia in March 1921. The documents, being published for the first time, cover the negotiations between the Ukrainian diplomat and the Prime Minister (the Minister of foreign affairs simultaneously) of Bulgaria Olexandr Stamboliysky, the Head of People’s Assembly Olexandr Botev, the Chairman of the Ministry of foreign affairs of Bulgaria Simeon Radeev and some other foreign countries’ ambassadors in Bulgaria.During his stay in Bulgaria (March 5-11, 1921) the Ukrainian diplomat succeeded in settling the following matters. Firstly, he presented credentials to the Prime Minister and made personal contacts with some Bulgarian officials. Secondly, he discovered the political overtones in Bulgaria in general and within the Russian emigration in particular. Thirdly, he adjusted the activities of the Ukrainian embassy. Finally, he identified the status of the Ukrainian emigration and helped in the process of its uniting.

Number of views: 174
Previous:
The Russian-Turkish and Russian-Persian Front Line on the Eve of and During the Patriotic War of 1812
Next:
Regulation of the Activities of Creditand Banking Institutions of the Dnieper Ukraine By Provincial Chancelleries in the Second Half of the Nineteenth And Early Twentieth Centuries
Resources