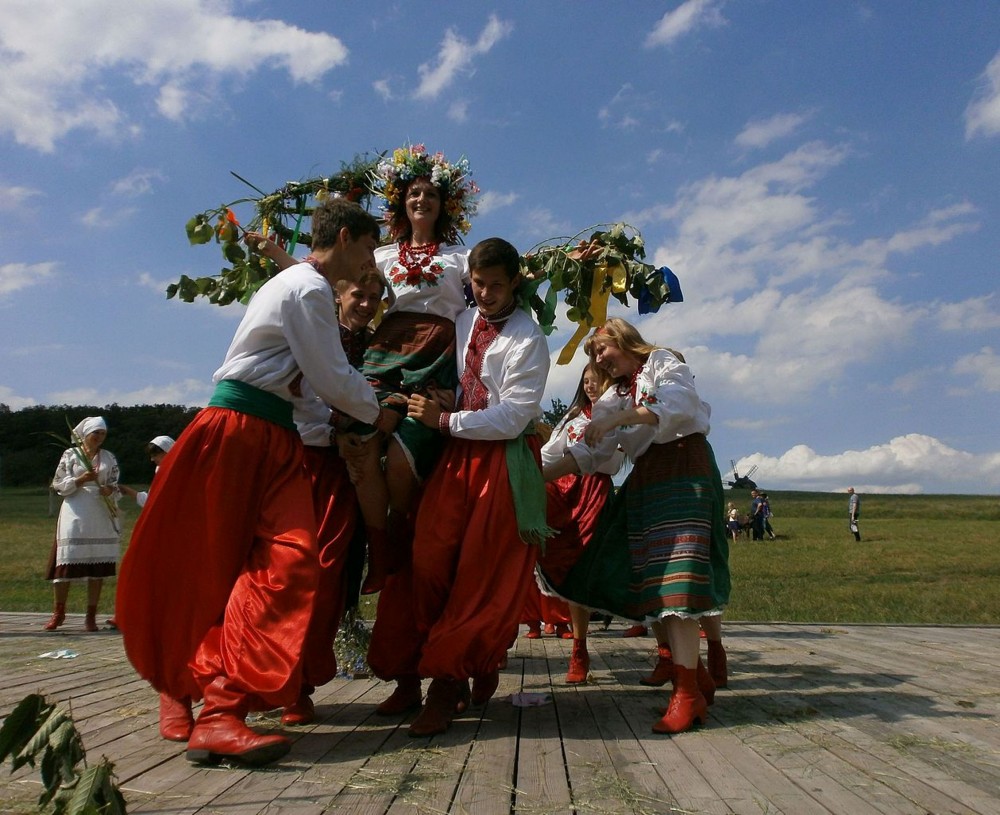 The paper deals with the problem of studying the age characteristics of remarried people who re-formed families. Using church records of the 1836-1860 marriage searches in eight parishes of Left-Bank Ukraine, an attempt to perform the historical and demographic analysis of age-related remarriage of both sexes in five-year age groups is made for the first time. The research is focused on a multidisciplinary approach since methods of historical demography and gender studies are combined. Quantitative analysis is based on the processing of materials of registration sources, aimed at the calculation and systematization of numerical data of the remarried person’s age. Age characteristics are studied through the prism of comparative analysis of the information about both sexes. Two gender-separated tables based on the studied age rates have been created. A one-third numerical advantage of remarried men (305), as opposed to women of similar marital status (191), has been found out. The youngest remarried men and women were 20 years old. The oldest was a 53-year-old widow and a widower of the age of 67. Historical and demographic analysis of remarried in five-year age groups shows the high marital activity of widows aged 20-34, and almost equal marital activity of both sexes of 40-44 age range. In the age groups of 35-39 and 45-69, the male ratio was predominant. The widows between the age of 40 and 50 showed low marital mobility. There are only single cases of women who remarried after the age of 50 when they were beyond reproductive age. Widowed women enjoyed marital demand only when they were in fertile age because they were capable of childbearing. Instead, aged widowers were in demand in the marriage market, and their wives, usually, were much younger, with the disparity in the age of 18-25 years. People older than 80, who would have violated their marriage-age requirements have not been found.

Number of views: 40
Previous:
Internet-sources as a means of information usage for information source specialist
Next:
Fight Against Begging in Kherson Province (the Second Half of the 19th– the Beginning of the 20th Century)
Resources