Аnti-statists and Ukrainian peasantry in 1900s: the historiography of the issue 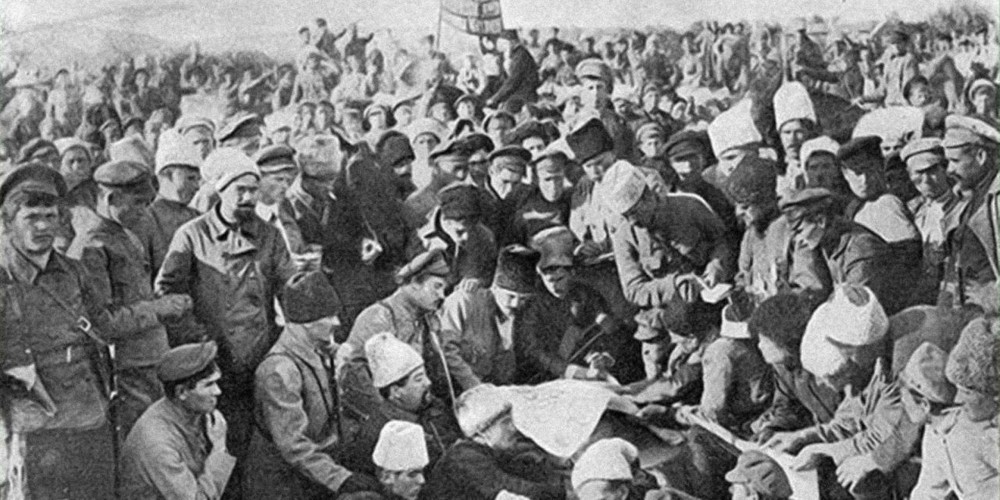 The article is focused on the survey of the interaction between anarchist organizations and Ukrainian peasantry performed by Soviet, Ukrainian and Russian historians. In this respect, two historiographic tendencies are distinguished: Soviet, with adverse orientation on program targets and tactics of anti-statists (the quotes of V.Lenin and J.Stalin are cited as an examples which soviet authors were looked about) and contemporary, which is based on reasonable understanding of anarchists’ views on reaching communist society via revolutionary way, annihilation of state and its institutions, securing of human freedom and affordability of material and cultural wealth (short visions of the future society arrangement made by famous anarchist theorists, such as M. Bakunin and P. Kropotkin, are provided). The emphasis is made on the description by historians of anarchists’ activity in Chernigov, Podolia, Poltava, Ekaterinoslav and Kherson Governorates. Particularly, actual instances of the agitation beginning amongst peasants by the members of Nizhyn group of anti-statists, creation by them of a range of federations for involvement of rural dwellers, organization in the countryside of meetings and assaults on representatives of czarist administration, landlords and capitalists are revealed. Major attention is paid to the description of the “Poor Peasants Union” activity in Huliaipole in 1906-1908, which future leader of The Revolutionary Insurrectionary Army of Ukraine Nestor Makhno had art and part in. The author proves that this particular chapter of anarchists’ history is the most high-lighted in historical literature out of the whole complex of data concerning the anti-statists’ performance in rural area. It is noted that contemporary Ukrainian historians (V. Volkovynskyi, O. Lebedenko, V. Savchenko) have found out the attributes of “peasant anarchism”: the tactics of anarchists in the countryside differed from the activity of the rest Left by more clear and specific support of peasant destructive actions, the border between “fundraising” or “anarchic” motives usually wasn’t traced, the groups went in for expropriations, which to some extent lapped over their revolutionary content (however, peasant anarchists themselves denied “wanton” character of the terror, low level of theoretical training was peculiar to peasant group members,while handson experience was prevailing: the ability to shoot, fight, disguise, observe conspiracy, etc. The historians underline particular national colour of Ukrainian “peasant anarchism”. According to V. Volkovynskyi and O. Lebedenko, the expansion of anti-statist ideas was favoured by “anarchic mentality” of Ukrainian peasantry (immanent orientation of Ukrainian farmers toward liberty, which had not been knocked out of their conscious during serfdom period), freedomloving traditions living in peasantry from Zaporozhian Sich times, as well as anti-statist egalitarian ideas of former affluent religious group of Dukhobors.

Source: Kudinov D.V. (2015) Аnti-statists and Ukrainian peasantry in 1900s: the historiography of the issue. Sumy Historical and Archival Journal. №XXIV: 20–28

Number of views: 33
Previous:
Archival sources about V . Chornovil that are stored in the central state archive of public organizations of Ukraine
Next:
Sumy region press as a repressive and propaganda instrument of anti-church policy in early 1920s
Resources