East Germany’s Red Woodstock: The 1973 Festival between the “Carnivalesque” and the Everyday 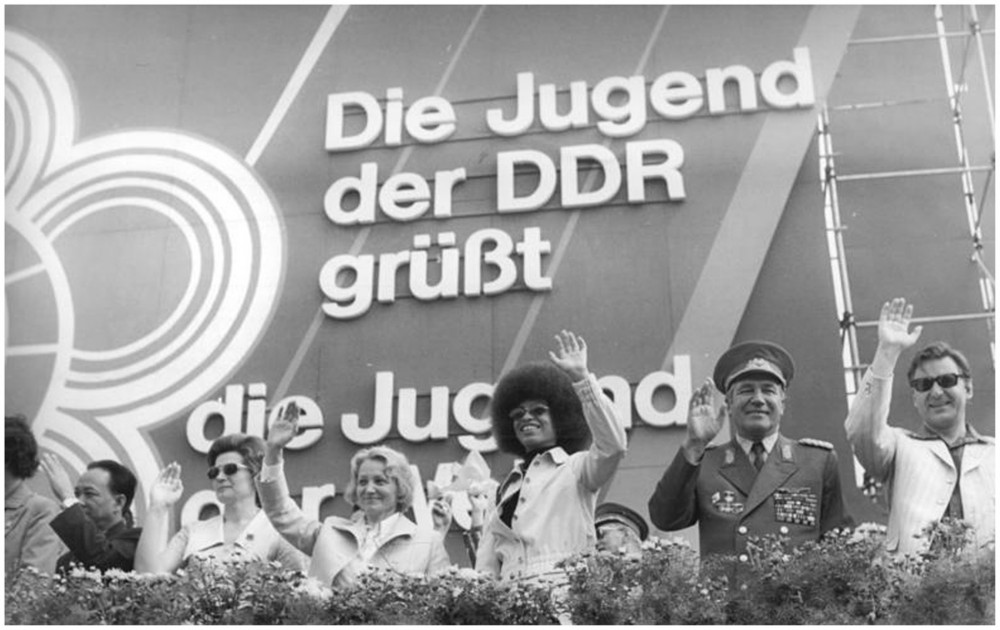 Scholars often depict the 1973 World Festival of Youth and Students—or, more colloquially, the Red Woodstock—as a momentary “departure” or “break” from everyday life, when the German Democratic Republic (GDR) briefly opened its borders to the youth of the world. Similarly, they suggest that, when the festival’s nine days of festivities came to an end, the “pathos of revolution” disappeared just as quickly as it had come about, resulting in a return to the restraints of everyday life behind the “Iron Curtain.” By contrast, this article reconsiders the festival’s significance by adopting an analytical framework from postsocialist theorists. In doing so, it reconceptualizes the Red Woodstock as a moment of globalized influences and youth engagement that not only reflected shifting societal norms, but also the East German state’s commitment to international socialist solidarity. Soviet theorist Mikhail Bakhtin’s work on the “upside-down” nature of the carnival, as well as on society’s “grotesque body,” is useful in this regard, as it sets in sharp relief the extent to which one of the East German state’s greatest challenges resulted from its own embrace of international socialism. This was the case as young people from the GDR and beyond transformed the East German capital through a subtle appropriation, transformation, and even subversion of the state-generated discourse on international solidarity, in ways that had a lasting effect during the late socialist period.

Number of views: 537
Previous:
The Local Titulature in the System of Civil Rank Production of the Russian Empire on the Ukrainian Lands in the Last Quarter of the XVIII century
Next:
Female Labor and Power in East Germany, 1945–1948
Resources