Echo of the Polish uprising of 1863 in the Russian outback 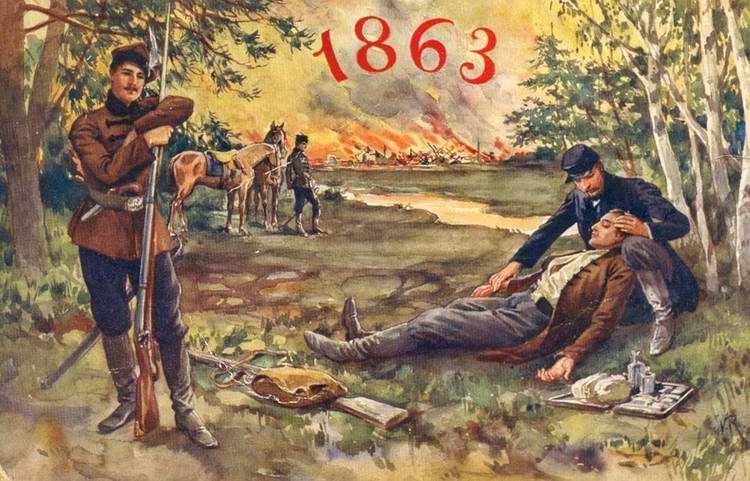 This article is devoted to the analysis of the reaction of the officials of Polish origin who served in local government bodies in the Middle Volga region and the Urals to the January Uprising of 1863. Based on the materials of the central (GARF, RGIA) and regional (NART, GAKO) archives, the author shows that many representatives of the Polish diaspora in this region, including some officials, “greeted” this event sympathetically. Some individuals were not afraid to openly express their negative attitude to the tough actions of the Russian authorities to suppress the Polish national liberation movement. Not only the Polish employees themselves, but also members of their families (for example, wives) demonstratively wore various Polish symbols. Such a manifestation of solidarity with the insurgents, although of a single character, nevertheless contributed to the formation of a certain stereotype to all Poles of the region. They were perceived by the leaders of local administrative and police bodies as supporters of nationalist and separatist ideas. Naturally, it had a negative impact on the future career of officials of Polish origin.

Source: Mashkovtsev A.A. (2017). The January Uprising of 1863 Influence on the Status of Officials of Polish Origin in the Middle Volga Region and the Urals. East European History. 3(1): 3-6.

Number of views: 144
Previous:
Romanian scientists on the funerary monuments of Roman legionaries
Next:
On the officers leisure of the of the Russian Imperial Army
Resources