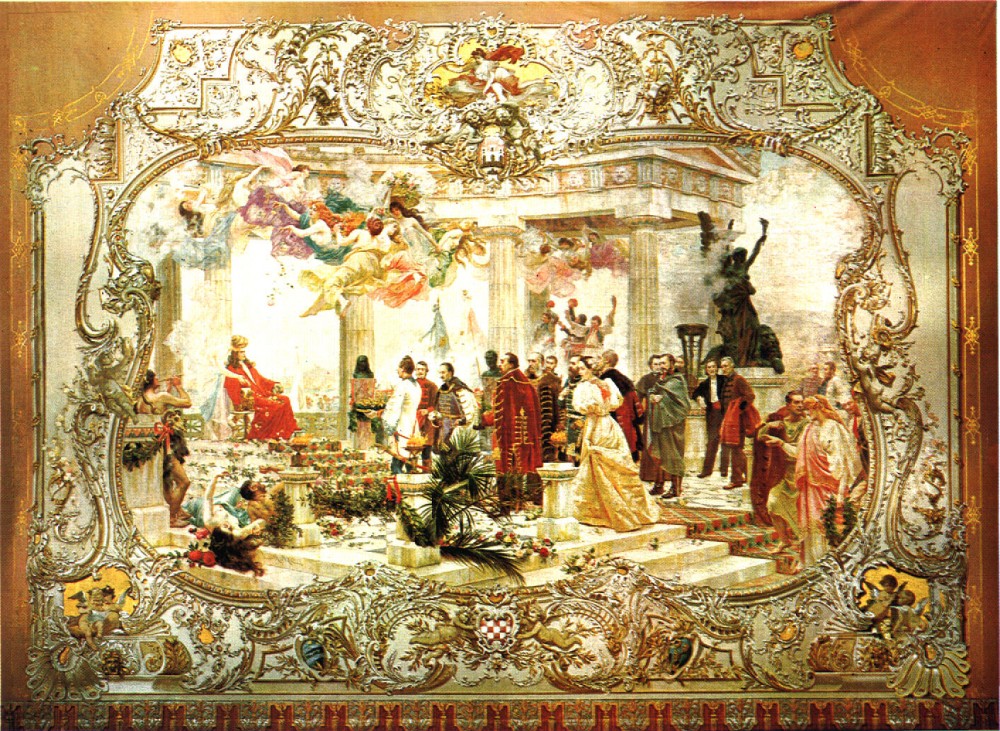 Institutional order of the Dubrovnik Republic, according to which all political power rested in the hands of the nobility, was founded on rank exclusiveness. For centuries, however, the seemingly homogenous formal political structure was marked by factions and clan schism. As to how the noble rank functioned in the non-political environment and whether clan divisions also reflected in other domains has been investigated by means of godparenthood network in the latter half of the eighteenth century. The sample included 294 children born to nobility in the City Parish. Without exception, the results show the prevalence of the couple-godparent model, one of each sex, and that almost all godparents to noble children were their equals in rank (99,66%). This confirms the nobility’s extremely closed system in the selection of godparents, void of any vertical social alliance. The analysis indicates a high proportion (63% of the cases) of kin relations between godparent and godchild (brothers and sisters, grandmothers and grandfathers, uncles and aunts on paternal and maternal side). Clan affiliation reflected in the choice of godparents in 90% of the cases (266 baptisms). With the remaining 28 cases (10%), inter-clan bonding based on godparenthood is accounted by clan conversions. Hence, in the case of conversion, family relations, for some time at least, tended to outweigh clan divisions. Further, this analysis is yet another solid proof that the clan rift within Ragusan nobility stepped out of the political realm and permeated all aspects of family life and relationships.

Source: Ipšić I., Lazarević I., Stojanović V. (2018) Informal Power Structures and Godparent Networks of the Ragusan Nobility in the Second Half of the Eighteenth Century. Anali Zavoda za povijesne znanosti Hrvatske akademije znanosti i umjetnosti u Dubrovniku. №.56/2: 437-454

Number of views: 41
Previous:
Muslim emigration from the Balkan peninsula in the 19th century: a historical outline
Next:
From Abduction to Bride Chamber: Marriage Witnesses and Their Role in the Parish of Ravno in the First Half of the Nineteenth Century
Resources