Monsters of Military Might: Elephants in Hellenistic History and Art 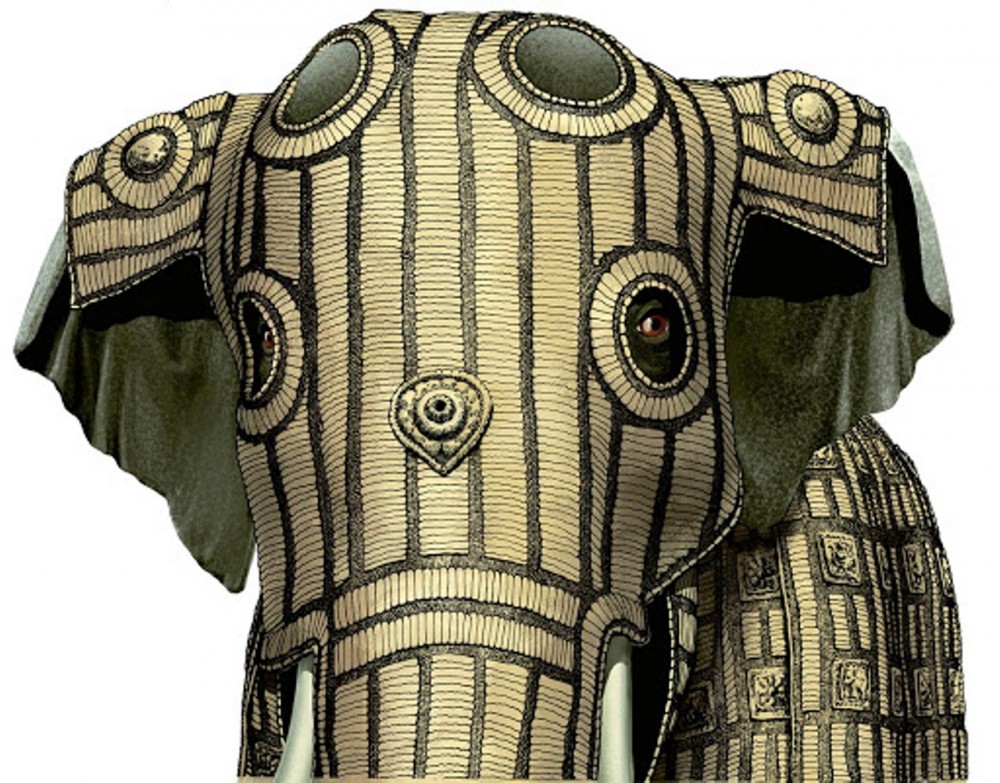 Elephants were first deployed in warfare by Indian and Persian armies. The Greco-Macedonian troops first encountered these fearsome creatures in battle during the campaign of Alexander the Great. Subsequently, the Successors and later Hellenistic rulers similarly used elephants in battle. From this time, the animal began to appear in Greco-Roman art. Tracing the appearance of the elephant in Hellenistic history and art, I suggest that the elephant not only continued to be associated with its Asian and African origins and came to symbolize military triumph over exotic foes, it retained religious and mythic proportions as a fearsome, fabulous monster connected with the martichora and unicorn, griffon and sphinx, dragon and hippocampus. In particular, I re-examined the posthumous portrait of Alexander the Great in which he wears an elephant scalp as a headdress, similar to Heracles’ lion scalp. This deified portraiture not only depicts Alexander as descendant of Heracles and Dionysus, both sons of Zeus, but also—through connections with Ammon and Indra—as the legitimate ruler of the three continents of the known world, Europe, Africa, and Asia.

Number of views: 789
Previous:
The Question of Appropriateness. Museums Established in Synagogues in Communist Poland: The Cases of Łańcut and Włodawa
Next:
«I Do Not Want to Remember the Past Here. My Role is to Do the Present and to Look into the Future»: A. Vaida-Voevod’s Activity at the Paris Conference (december 1919 – march 1920)
Resources