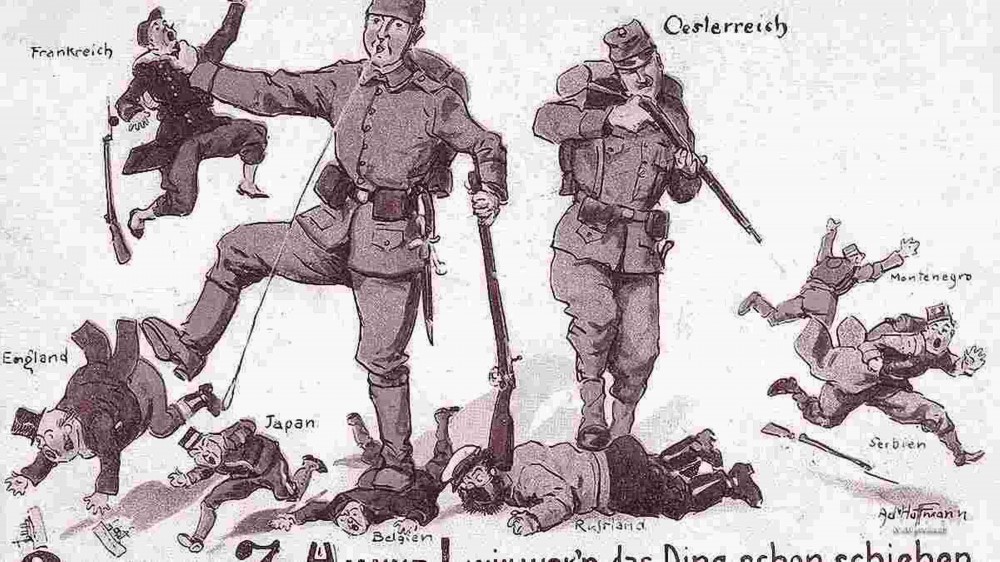 Article is devoted to the issues of ideological confrontation between the Austro-Hungarian and Russian empires during the World War I. Before the beginning of the war Ukraine was divided between two empires (the Russian and Austro-Hungarian). The problems of informational confrontation on the Ukrainian territory — Russian Empire’s South-Western Front (Galician front of Austro-Hungary) are outlined. The article describes the propaganda techniques which turn the image of the “other” into an image of an enemy. Austro-Hungarian propaganda used “the threat from the east” image; Russian ideologists used the image of the German empire, which was oppressing the Slavs. Various aspects of the upcoming war informational support were developed by military theorists of both empires. On the eve of the conflict the principles, objectives and directions of propaganda have been defined. Since the beginning of the warfare these plans have found their embodiment in the specific tools. Both empires established institutions, which were involved in the creation and production of agitation materials, constantly expanding informational tools, techniques, and the sphere of its usage. The article reviews the techniques of propaganda during the First World War, which were presented by the media, especially periodicals. Its target audience were the population and soldiers. Brochures, posters, leaflets and postcards produce agitational messages with emotive connotation. In the internal front area the visual propaganda was introduced with posters and postcards. The article outlines the means of agitation and propaganda among of army forces and the peaceful population during the First World War in the South-Western Front. On the basis of the propaganda implementation examples the importance of the war informational support which considered the religious, national, political peculiarities of the enemy army and state. The external propaganda, addressing the enemy armed forces and the population was carried out primarily via text message, those were: leaflets, appeals, and proclamations. The objectives of the war, attitudes toward allies and protagonists, front’s updates are reflected in propaganda and contribute to the analysis of informational techniques of the early XX century. The findings received are illustrated with examples. The article outlines the condition of contemporary research and the prospects for further investigations.

Source: Mosienko O. (2016). Propaganda of the Austro-Hungarian and Russian empires in the South-western front during the First world war. Sumy Historical and Archival Journal. № XXVII: 72-80

Number of views: 86
Previous:
According to the brotherhoods custom: banquets of Kyiv craftsmen of the second half of XVIII century
Next:
Influence of the peasant factor on the economic policy of the bolsheviks in the Ukrainian country side (1919 - 1921)
Resources