The Camp for Ukrainian Prisoners of War of the Russian Army in Rastatt, Germany (1916-1918) according to photo-documents 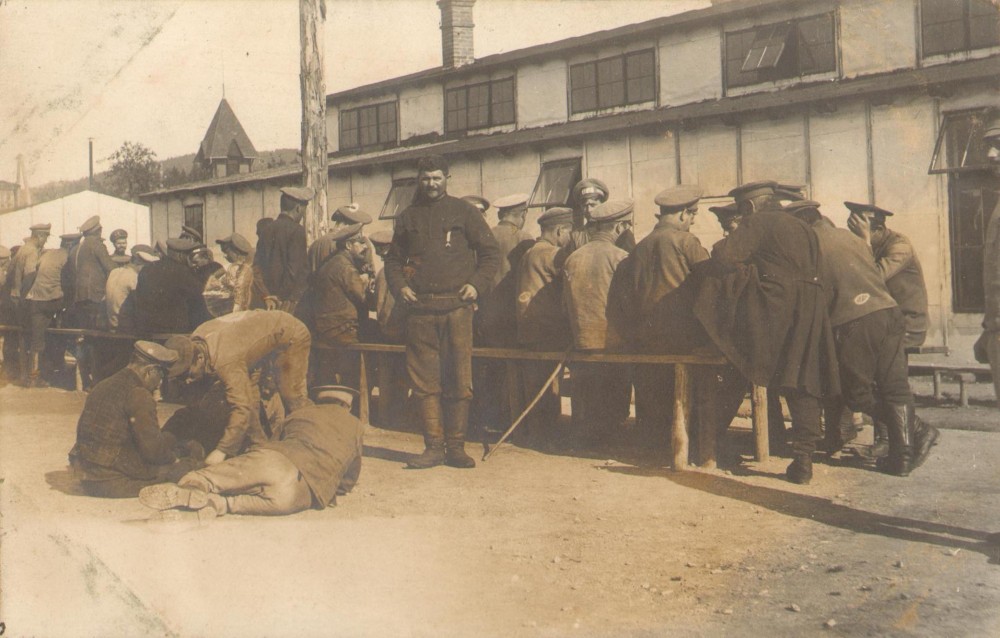 The article seeks to represent the peculiarities of everyday life of the Ukrainian camp organization «Independent Ukraine» through a combination of textual and visual approaches. The organization discussed was founded by the Union for the Liberation of Ukraine in camp Rastatt. The intensive cultural, educational and later organizational and national work started there thanks to persistent efforts of camp activists as well as members of the Enlightenment department. The camp saw the emergence of several autonomous organizations established by prisoners of war who supported cultural and art centers (national theatre, choirs, orchestra) as well as educational ones (primary schools and courses). Prisoners of war had a possibility to attend camp church and canteen («Chayinia», or «Tea Room»). Moreover, they could work at camp «Kustarnia» as well where they were involved in woodcarving and manufacturing faience, as well as learned basics of visual art. Ukrainian camp activists did an enormous amount of work, seeking to influence Ukrainian POWs who stayed apart from Rastatt for a longer time laboring in work teams. Thanks to such initiatives, more and more captives were joining the organization «Independent Ukraine», whose internal activity was based on the principles of self-governance. Nonetheless, this situation could not be used for the benefit of Ukraine because the UNR did not succeed in the facilitation of massive repatriation. Therefore, the captives’ emotional state was considerably challenged, along with the worsening of food quality. In summer of 1918, the «Committee of Cultural Assistance to Ukrainians in Germany» assumed the responsibility upon Ukrainian prisoners of war but its activity had an only temporary effect. In autumn of 1918, Ukrainian camp organization was closed down and its members returned to Ukraine.

Number of views: 99
Previous:
The nation in the political thought of the National Party (1928–1939)
Next:
The Speaking Space: Social Distinctions in Modern Kharkiv
Resources