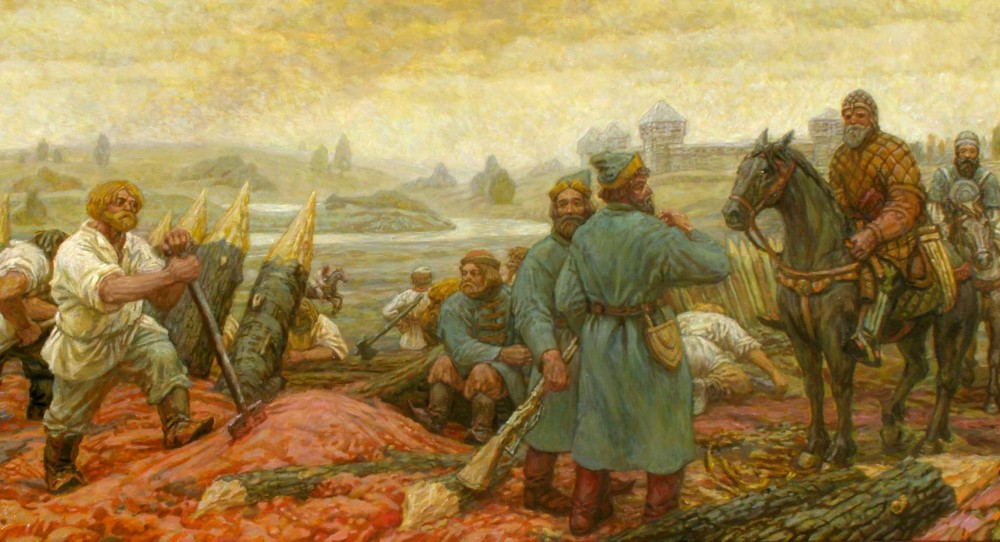 In the 1640−50s, to protect the southern borders of the country, an extensive complex of fortifications was erected, which was called the «Belgorod Line». The study of its history is of great interest to the scientific community. Recently, scientists have been studying this structure a lot. They want to understand how the construction process took place and the accompanying social and military transformations were carried out in the South of Russia. The author of the article focuses on the behavioral models of the local population. These are personality traits necessary to help people cope with everyday difficulties and realize their life attitudes, norms and values in certain conditions. This important topic remains outside the attention of the scientific community. The article provides various examples of the behavior of service people: proactive participation in hostilities, their inherent paternalism and collectivism, the prevalence of public interest over private interests in their environment, the peculiarities of the mentality and world perception of the population are considered. The actions of people were determined by general ideas about service as the most important category of social life. In this regard, an important feature of human behavior was his initiative and perception of his interests in the context of actions for the benefit of the whole team. The team was more important than the person. In conclusion, it is concluded that the models of human behavior that existed in the 17th century contributed to the successful construction of the Belgorod line, they made a person feel part of various social groups and be guided by a single goal. War was perceived as an integral feature of the general world order. Thus, the effective construction and functioning of the fortresses of the Belgorod line was directly related to the behavioral models of the local population.

Number of views: 37
Previous:
On the Topic of Role Models for Young People in Visual Media and History Education: Czechoslovakia 1948–1989
Next:
Mythologization of the Reign of Emperor Paul in Russian Political Anecdote and Realities
Resources