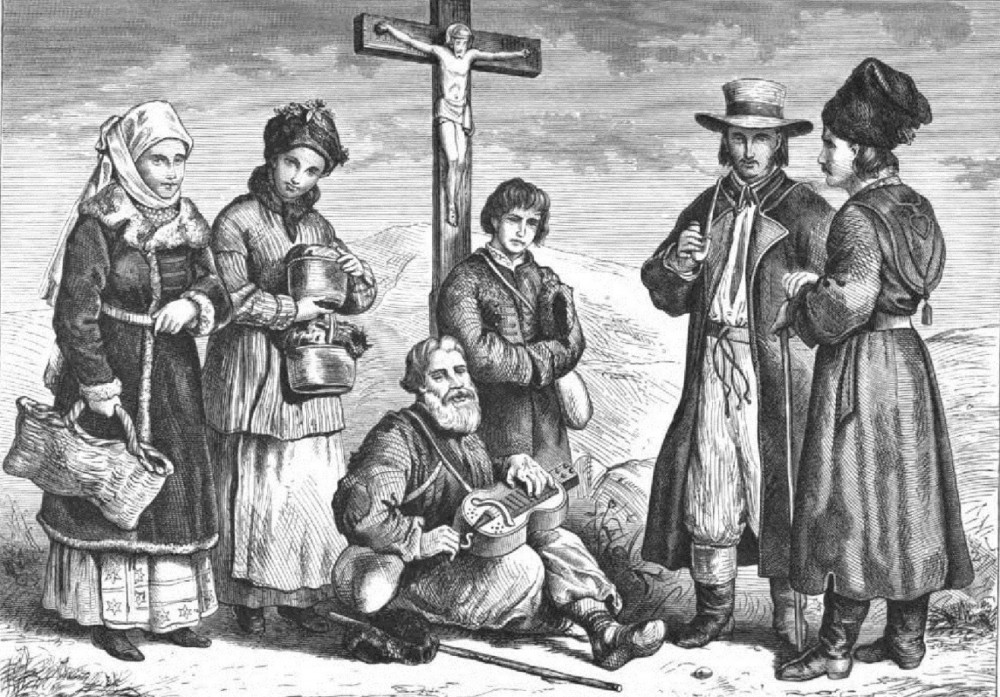 The Ruthenians in Serbia and Croatia are one of the oldest Ukrainian diaspora. Around the mid-XVIIIth century started the migration of smaller groups of the Ruthenians from northeastern Hungarian counties, which were under the jurisdiction of the Greek Catholic Eparchy of Mukacsevo, to the territory of Bacs-Bodrog County in Southern Hungary. The Ruthenians in the Habsbourg Monarchy, until its disintegration in 1918, were traditionally and officially called Ruthenians/Ruthenen, in Hungary in Hungarian language they were called Ruthйnek/ Rutйnek, the Serbians in Bacska County and in Srim County called them Rusyns or Russians, the Slovaks called them Rusyns and finally they called themselves Ruthenians or Rusyns. The Ruthenians from the vast territory of the northern Subcarpathian region were migrating to the territory of Southern Hungary, which had a short time before been liberated from the Turks, for economic reasons, looking for any work and trying to earn as day labourers as well as looking for a place where they could get land from the State Chamber to settle down. As a small national and religious community in an unknown place the Ruthenians tried from the start to preserve their national and religious identity. As Greek Catholics, they first belonged under the Roman Catholic Archbishopric of Kalocsa, but they continued keeping their contacts with Greek Catholic Eparchy of Mukacsevo from which they moved to Southern Hungary. In the new surroundings, and new social and economic situation, the most Ruthenian migrants were able to survive, but the poorest people were forced to migrate again in the second half of the XVIIIth century and during the whole XIXth century they were looking for better life conditions. Consequently they formed new Ruthenian colonies in the counties of Bacska and Srim. From the very beginning of their settling in Southern Hungary the Greek Catholic religion and the confessional school, in which the teaching process was held in their native Ruthenian language, were the strongest factors to defend the Ruthenian community from the assimilation in the nationally and religiously new surroundings. After the revolution that took place in 1848, the Ruthenians from Southern Hungary established cultural and educational contacts with their compatriots in the Subcarpathian region. But when the process of Magyarization (Hungarization) started to strengthen and expand among the Ruthenians living in that region, the Ruthenians from Southern Hungary started establishing contacts with the Ruthenians/Ukrainians in Galicia and Bukovina. It was then that the first wave of the cultural and national revival of the Ruthenians in Southern Hungary began, to which Volodimir Hnatjuk, a famous Ukrainian ethnographer and folklorist, gave a significant contribution.

Number of views: 48
Previous:
Jewish pogroms in the South of Ukraine in the First Russian Revolution
Next:
Generalfeldmarschall Hermann Von Eichhorn and His Serve and Death in Ukraine (Arpil – July 1918)
Resources