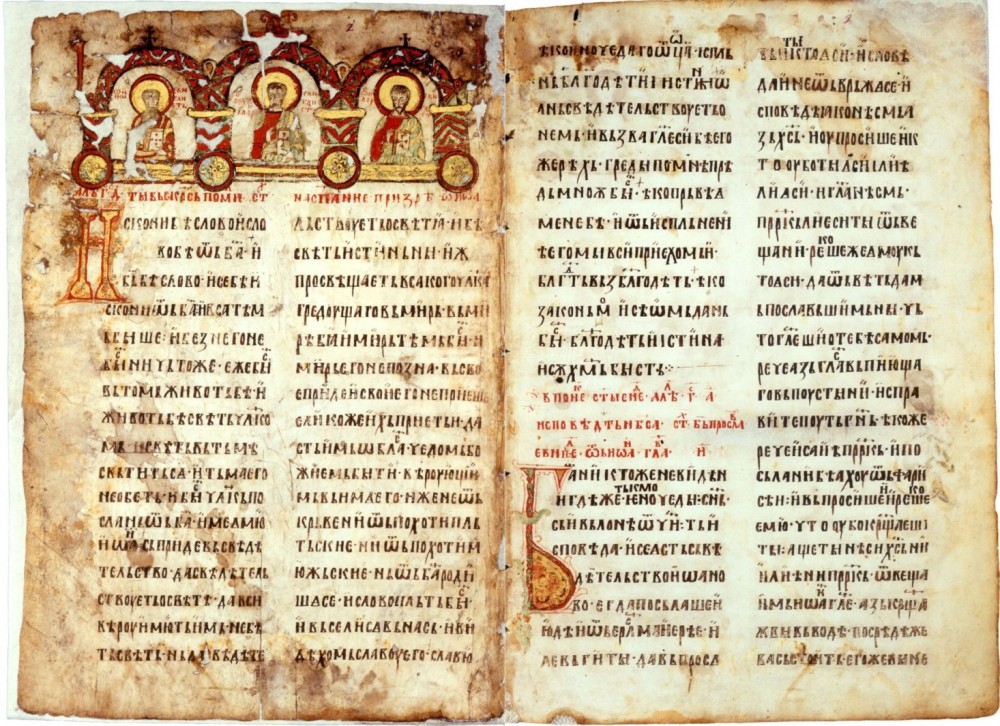 The paper examines the iconographic characteristics of human figures in the initials on fol. 26v and fol. 120r of the Miroslav Gospel and their relationship with the accompanying Gospel verses. Lazar Mirković has so far been the only scholar to study these images. Based on the fact that both human figures have white hair and beard and that the first also has a crown, Mirković identified them as personifications of the Year (Annus). To support his hypothesis, he pointed out the fact that the verses following after these initials contain the word ‘year’ used in the context of the coming of a time of suffering. The results of iconographical analysis of the figure on fol. 26v allow the possibility that this interpretation is correct. On the other hand, it was concluded that personifications of the Year had been represented in medieval art for various reasons, but never to suggest suffering. In addition, the deciphered ornaments of the codex from Hum (Zachlumia) testify that its illuminators usually illustrated the words or sentences that in the narrative or metaphorical sense represented the foci of a given pericope. In the context of the discussed Gospel verses, the word ‘year’ seems not to have had such a status. Therefore this paper takes into account the remaining verses, in which Christ announces the descent of the Holy Spirit upon the Apostles. Visual depictions of this feast routinely included a kingly figure which, whether included in the group of ‘languages, tribes and nations’ or shown as a stand-alone personification of the Cosmos, conveyed the breadth of the Apostolic mission and the togetherness of the Christian church. The interpretation of this ornament as an allusion to the Pentecost is also supported by the fact that the text that follows it was read directly before this Great Feast. The human image of the initial on fol. 120, besides the white hair and beard, bears no other iconographic similarity to the standing figure on fol. 26v, suggesting that the meaning of these two representations cannot be the same. In the verses that follow the initial on fol. 120r, Christ announces the Second Coming, comparing it to the flood of Noah’s age. The identification of this image as Noah is indicated not only by the first verses of the pericope, but also by iconographic analogies with other surviving compositions of the Great Flood. In most of these cases Noah is shown as a half-length figure or face emerging from the Ark of Salvation. A possible hypothesis would be that, due to spatial constraints, the narrative of the Flood could not be represented in full in the Miroslav Gospel and that it was instead reduced to the window of the ark with the saint’s face appearing in it. The similar roles of Noah and Christ in the salvation of humankind and the symbolic value of the motifs of the Flood and Ark of Salvation could be associated with the liturgical rite performed during the Holy Week, when the pericope beginning with the initial bearing the patriarch’s image was read.

Number of views: 49
Previous:
Making a Case for Balkan Music Studies
Next:
The medieval revival and historical topographic representations in the Byzantine monuments of Serbia by Felix Kanitz
Resources