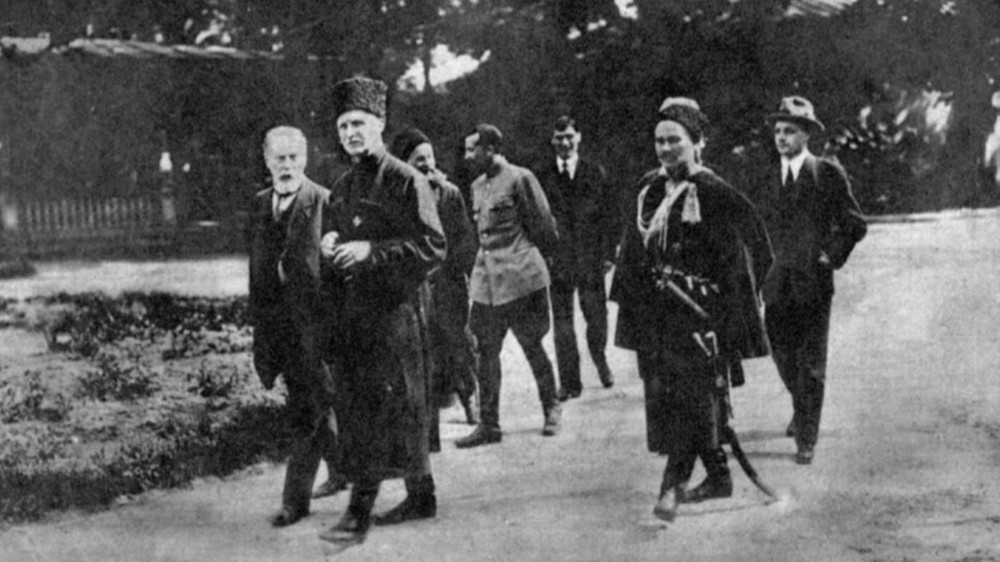 The article considers the attempts at establishing relationships with the Entente states during the periods of the Ukrainian Central Rada and the Ukrainian State. Among the objectives were to receive the world’s recognition of Ukrainian statehood and foreign military assistance in its fight against the Bolsheviks. Ukraine’s foreign policy towards bringing the state closer to the Entente turned out to be active but unsuccessful because of the long-term ban on Ukraine’s establishing of formal contacts with the Entente imposed by the German and Austrian governments, post-World War I territorial disputes with the Entente states, the massive activity of the supporters of the restoration of the Russian Empire, and the attempts of Pavlo Skoropadsky’s opponents to discredit the then Ukrainian government in the eyes of the Entente.

Number of views: 1007
Previous:
Female Labor and Power in East Germany, 1945–1948
Next:
Searching for allies? The role of the Crimean Khanate and Persia in the policy of John III Sobieski towards the Ottoman Empire (1674–1696)
Resources