Unknown Documents of 1734 About Swedish Citizens Taken Into Serfdom 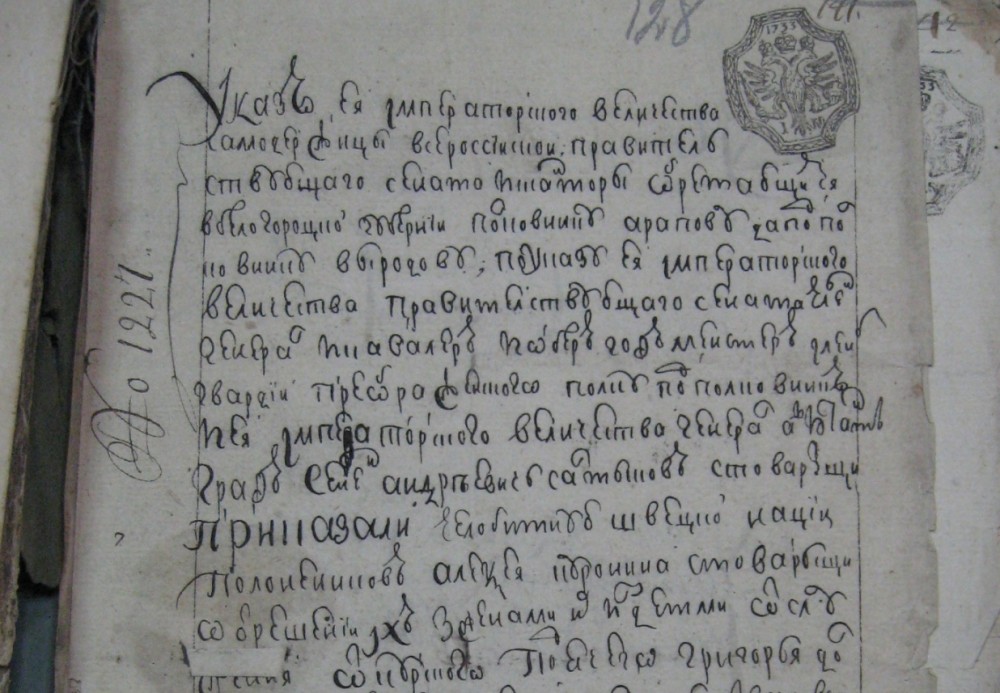 This work is devoted to the publication and analysis of two previously unknown handwritten documents of 1734. These documents contain information on several persons of Swedish nationality, which were illegally taken out by the Russian nobleman I. Popov during the Northern War from the territory of Sweden. Materials are stored in the State Archives of the Sumy region. They are part of the archival case of Okhtyrka District Court, but they are not thematically connected with it. These documents were once part of a much larger complex of materials. They refer to the request of former Swedish nationals to release them from serfdom from the Belgorod and Kursk landlords Popov and Dolgintsev. The further fate of these people remained unknown. But it is known that they were mistreated by their masters. Russian legislation at the time prohibited such treatment of persons of Swedish nationality. This was discussed in terms of the peace agreement Nishtadskoyi 1721. The two documents revealed illustrate the episodes of the lives of several foreigners who were captured. The analyzed materials give an opportunity to look at a historical phenomenon like a serfdom in the territory of the Russian Empire under a new angle. They allow us to study one of the ways to replenish the serfs. Documents can also be used as a source for the study of some aspects of social history, in biographical studies. The authors noted that the conversion to the property of the enslaved people of other nationalities was a very common practice in the XVII-XIX centuries. This source of replenishment of the dependent population groups were popular in many nations in Europe, Asia and Africa since ancient times. For example, in the Crimean Khanate, Turkey, Italy, Egypt, the nations of the Caucasus and many others.

Number of views: 218
Previous:
Propaganda Campaign at the South-Western Front of the First World War: Analysis of Historiography
Next:
Security Service Resistance to the Economic and Financial Misuses in OUN and UPA Underground Networks
Resources