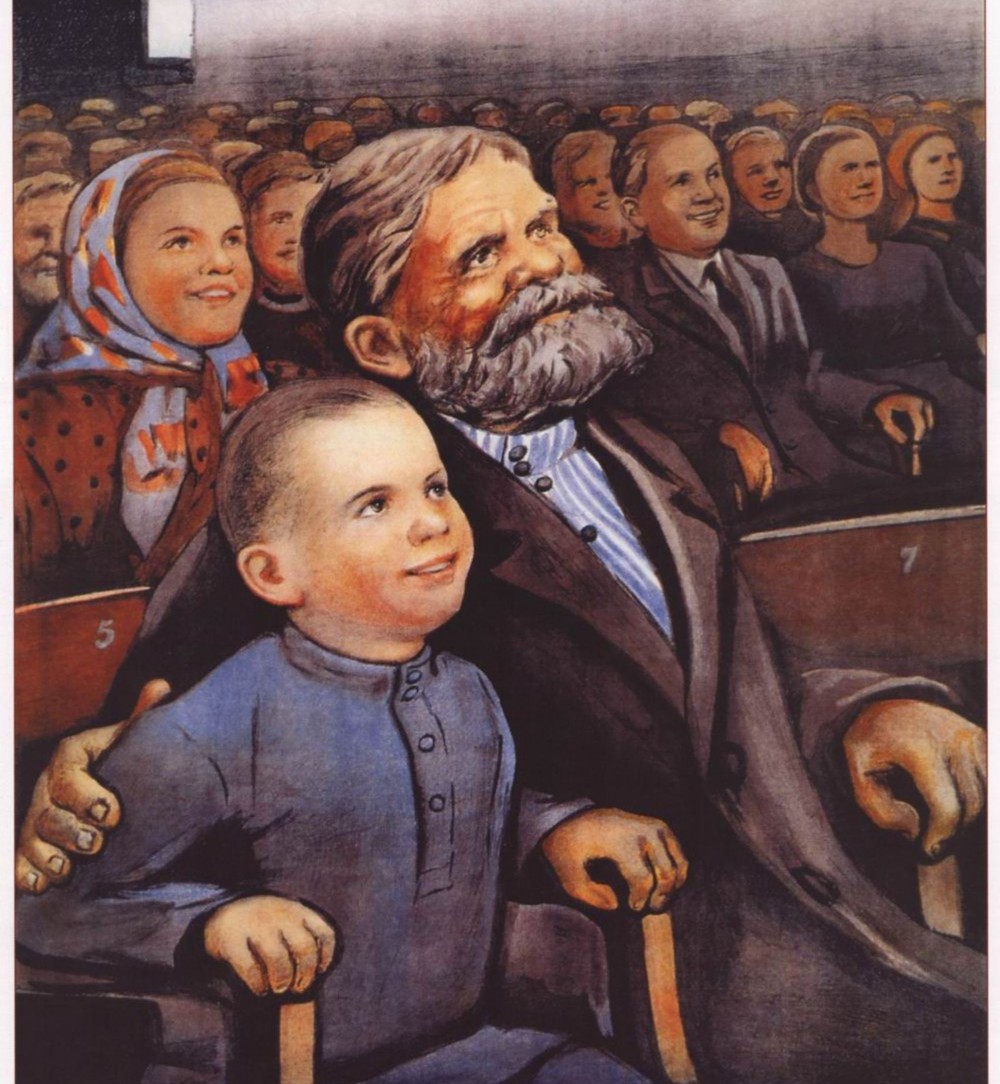 Movie industry held a special place amongst the means of cultural influenceupon the people. Despite the obvious difference in political climate, the Soviet movie industry succeeded to capitalist Hollywood to a great extend — namely, in tricking its audience into an augmented reality full of seemingly ideal figures. The narratives of unstoppable progress (space conquest, virgin soil upturn campaign, heroism and so on) functioned as a veritable refrain throughout the movie discourse. The cinema show, especially in a rural area, was often turned into a political event that merged the show itself with a range of visual and communicative means and tools of emotional involvement. Movies approved for release had to pass the filters of the Socialist public control and Party censorship, including the KGB, the Glavlit (Main Directorate for Literature, Printing and Publishing) and its regional offices, the Communist Party regional and central committees, the State Сinema Committees of the Ukrainian Soviet Socialist Republic and the USSR. From the 1950-ies through the 1980-ies, the self-censorship approach based on various understandings of admissibility limits in cinematography dominated the artistic circles. However, just like any other art, the movie industry affected its audience in an ambiguous way. In one respect, it served as a powerful means of channeling the Communist ideologemes to the people by prompting them to adopt the «correct» behavior patterns and reality assessment scales. On the other hand, the grotesqueness and utter campiness of the vast majority of cinema products in the USSR, and in the Ukrainian SSR in particular, boosted the Soviet values erosion and served as a breeding ground for more critical attitudes to the regime. The widespread folksay «Just like in the movies!» embeds the common comprehension of the artificial nature of the worldview imposed through the Soviet movie industry.

Number of views: 42
Previous:
Ukrainian Free Academy of Science in Germany: the establishment and development of the institution in 1945-1952
Next:
Medieval travelers about the North Azov region (XIII – І half of the XIV century)
Resources