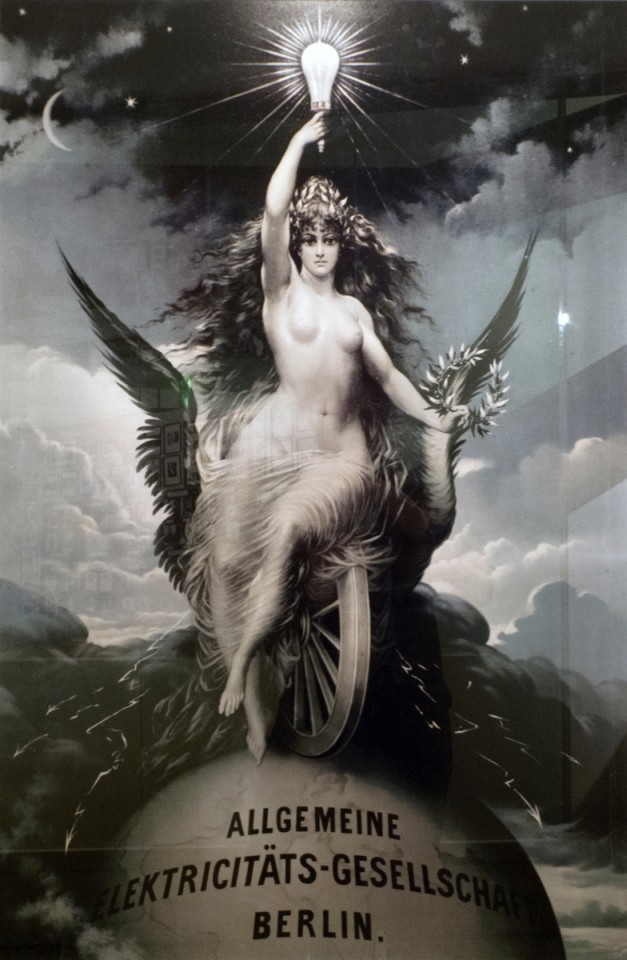 Scientific-technical  borrowings  are  one  ofthose  types  of  scientific support for the work of industrial sectors, whose role in the conditions of exiting the crisis to acquiring the particular importance. Since the mid-1920s, they have become the  main  how  of  scientific  support  for  the  organization of  the  development  of Ukrainian   electric   machine-building   industry   in   the   context   of   large-scale electrification of the country. That was due to the need for a quick withdrawal of this industry  from  the  previous  crisis  in  the  absence  in  the  Ukrainian  SSR  of  its  own scientific  support  system  for  the  electric  machine  engineering.  The  first  form  of scientific-technical borrowings for the republican segment of the Soviet Union profile industry was the agreement between the State Electrotechnical Trust and the German electrotechnical  company  Allgemeine  Elektricitäts  Gesellschaft  on  scientific-technical  cooperation.  The  main  objective  of  this  act  was  to  achieve  at  the  lowest possible  financial  cost  the  fastest  possible  increase  in  productivity  of  the  Kharkiv Electromechanical   Plant.   To   do   this,   it   was   supposed   using   the   American technologies  for  the  production  of  electrical  machines  but  implemented  them  on German  technological  equipment.  Allgemeine  Elektricitäts  Gesellschaft  was  the company that already made such it at the beginning of the twentieth century using the technologies of the General Electric Company. Moreover, in the pre-Soviet period, it made an attempt to hold a similar act at the Kharkiv Electromechanical Plant, which it owned in this time; however itended in failure due to the revolutionary upheavals that  began  in  Ukraine.  Thus,  the  agreement  concluded  with  the  German  company was  a  continuation  of  the  same  actions,  what  itself  had  begun,  but,  already  in  new historical  realities.  That  is,  the  Allgemeine Elektricitäts Gesellschaft actions were copied  by  the  Soviet  government,  however,  adapted  to  the  Soviet  way  of  organizing industrial production. Despite the fundamental difference between the latter and the working  conditions  of  the  Allgemeine  Elektricitäts  Gesellschaft  in  Germany,  the concentration of the parties precisely on the scientific and technical component of the project made it possible to achieve the expected result in full. However, at the same time,  Ukrainian  electric  machine  builders  focused  specifically  on  the  speed  of duplication  of  scientific-technical  knowledge  missed  the  opportunity  to  study  the methodology  for  obtaining  them.  This  became  the  reason  that  these  scientific-technical  borrowings  did  not  become  the  proper  basis  for  the  formation  of  the scientific  component  of  the  scientific-technical  potential  of  the  domestic  electric machine-building industry.

Source: Annienkov I. (2020) Cooperation with AEG in 1925–1928 as the first form of scientific-technical borrowings in the electric machine-building industry of the Ukrainian SSR. History of science and technology. Vol.10. Is.1(16): 34-49

Number of views: 26
Previous:
Ivan Klyushnikov and His Time (1811−1895): the Poet’s Spiritual Quest
Next:
The impact of decisions of Mining Industrialists Congresses on the Industrial Revolution increasing in Ukraine in the late XIX century
Resources