Images of Cossacks and Inhabitants of the Hetmanate of the 1780s – History of the series of drawings from O.Shafonskyi manuscript 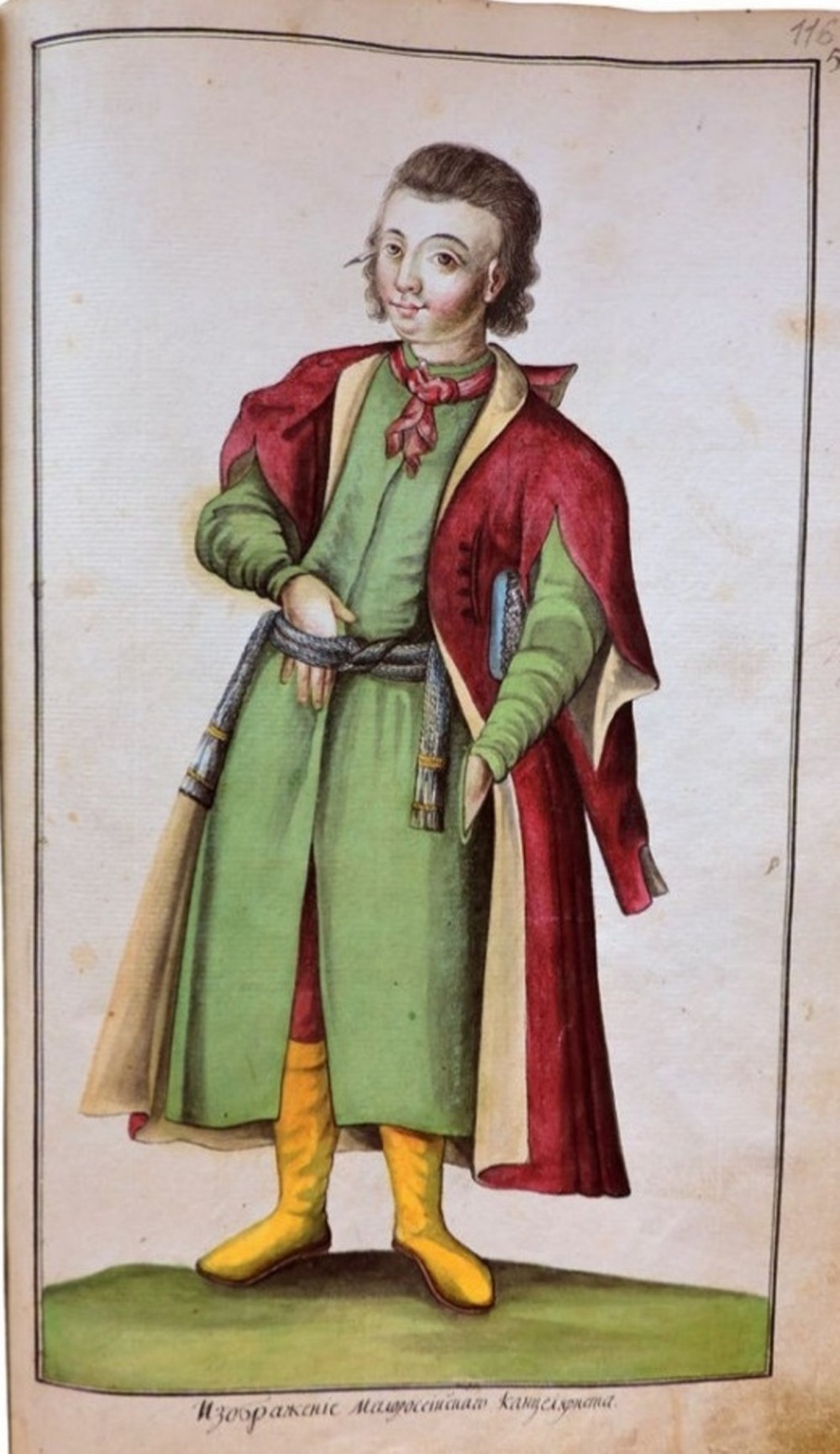 The article is devoted to the problem of the origin of engravings depicting Cossacks and other inhabitants of the Hetmanate of the 18th Century whose best‑known copies were used as illustrations of A. Rigelman’s “Chronicle Narration” in 1847. The article covers the issue of sources of the drawings before the publication in1847, the problem of authorship of the drawings erroneously attributed to T. Kalynskyi, as well as ways of distribution of the copies of engravings from  the  18th  Century  in  the  publications  of  the  first  half  of  the  19th  Century.  The  earliest  editions with these drawings were discovered and it was established that they first appeared in O.Shafonskyi’s manuscript in 1786. For the first time in this article, all color engravings from this edition are published with original descriptions by O. Shafonskyi and extended comments explaining the wardrobe items depicted on the drawings.

Number of views: 53
Previous:
The medieval revival and historical topographic representations in the Byzantine monuments of Serbia by Felix Kanitz
Next:
Start All Business from the Beginning: N.S. Mordvinov – Theorist of the Excise System for Tax Collection from Alcohol
Resources