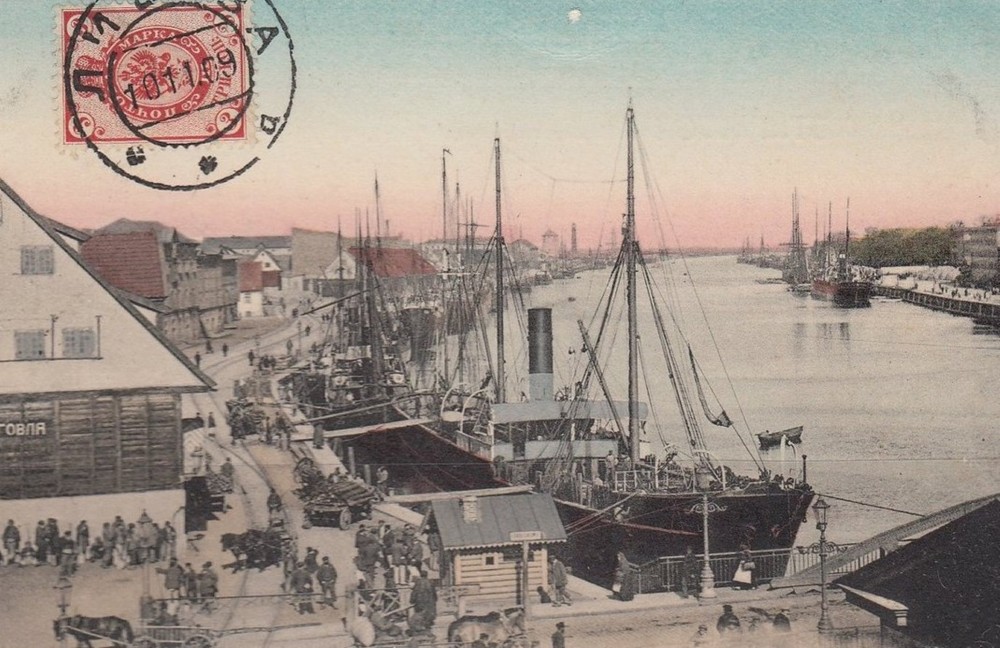 The Libava merchant, and subsequently the nearby military port that grew nearby, played a huge role for Russia. Significant efforts were required to maintain its year-round functioning. Icebreakers, excavation and dredging machines were built. The latter proved to be excellent when working with sandy sediments and working in difficult meteorological conditions. The experience gained in the Libava Trade Port has been widely disseminated to other ports of the Russian Empire. The operation of the first reflux dredger in Russia, to which this work is devoted, has shown that under certain operating conditions and soft soils it surpasses multi-pack dredging machines in productivity and depth of deepening. The cost of such work was significantly lower. A description of the design of the vessel is given, it is shown that, according to operating experience, it has proved to be quite reliable. On the basis of it, a number of ships were built, which, with proper maintenance, have served for many years, replacing both nationality and owners.

Number of views: 78
Previous:
Was There the Influence of the University Statutes to the Development of Biological Science in Universities of Russian Empire?
Next:
Ivan Timofeyevich Kokorev – Collector of Moscow Folklore and Ethnographic Material
Resources