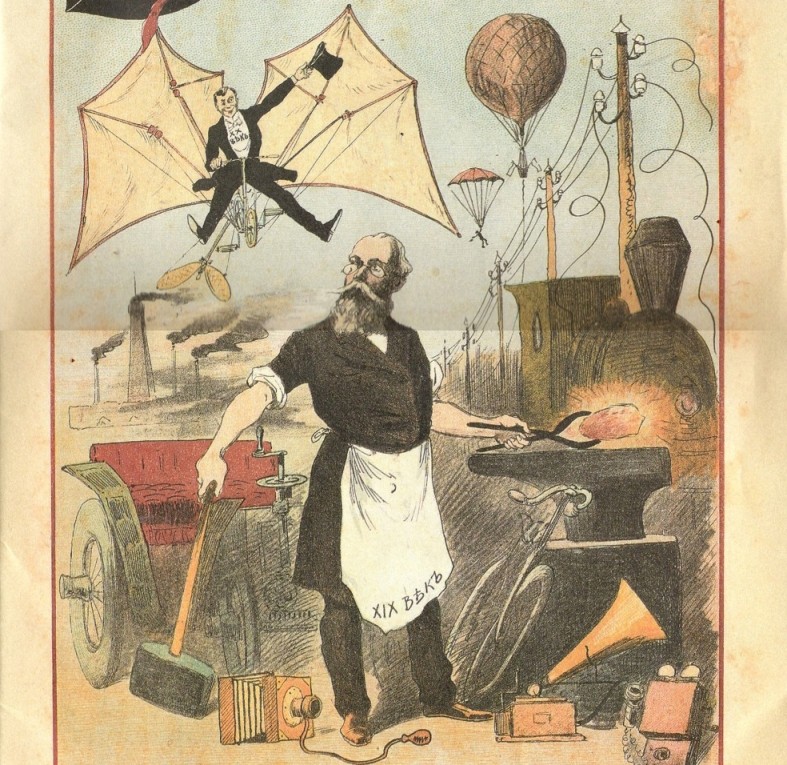 The article is devoted to study the social history of science and technology in Russia on the example of satirical publications of the 1870s−1910s, which published stories, sketches, notes and cartoons, which were a response to such realities of the era as the domestication of technology, belief in miraculous inventions, human defenselessness before the onset of technology and obscurantism of the uneducated audience. The source base of the research was the materials of satirical publications published in the Russian Empire (“Budil’nik”, “Strekoza”, “Schut”, “Iskra”, “Satyricon”, “Oskolki”). The author comes to the conclusion that science and technology were integral heroines of domestic satirical publications of pre-revolutionary Russia. They gave writers and artists a lot of new bright metaphors and images. On the one hand, in the reviewed publications can be found skepticism about the potential for technical innovations to change the world for the better, mocking fanatical inventors and had a real basis of the fear of technical innovations, able to kill and maim. At the same time, the publications were consistent advocates of knowledge and education. The objects of criticism were superstitions, prejudices, belief in pseudoscientific ideas and obscurantism, and the vices of the uneducated public. Various aspects of “shadow science” and the careerism of pseudoscientists were also exposed.

Number of views: 159
Previous:
The Influence of an External Factor on the Polish Politics of Alexander I
Next:
INCFAR: Characteristics and Challenges (A Fifth Anniversary Tribute)
Resources