Scientists from Slovakia on the role of Cyrillo-Methodian Cult 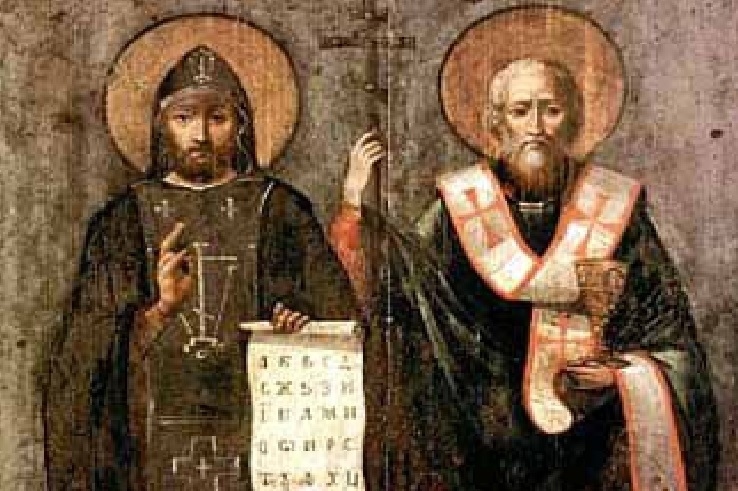 The Cyrillo-Methodian tradition is a fundamental part of national stories formation of various Slavic nations. There was a restoration of spiritual values in religious, national and cultural life of Slavs especially during the era of national revival movements. This tradition shaped a strong cultural element that was supposed to play a key role when conforming the continuity of a given community. As the Cyrillo-Methodian phenomenon is related to the concept of historical antiquity, cultural maturity and state independency of various Slavic nations, it belongs to efficient elements of their self-definition. The important basis formed literary works that concern the Cyrillo-Methodian tradition and cult in the 19th and 20th century. In addition to them, later Slovak and foreign scientific publications were used in regard to the given topic. The solving of the research tasks was carried out by generally used methods, as the historicalcomparative method and the principle of historism. They allowed to handle the general framework of the Cyrillo-Methodian tradition and cult which dominated many Slavonic nations. In this regard we put emphasis on the example of Slovakia where we took into consideration the aspect of the Slovak National Process that had particularly sprouted since the second half of the 19th century. This paper focuses on the role of Cyrillo-Methodian cult in the Slovak National Revival in the context of contacts with the Eastern Slavs. The authors conclude their article with the statement that the CyrilloMethodian tradidion in the 19th century played the important role in the Slovak National Revival and contributed to the instrumentalisation of ideas of the Slavonic Patriotism.

Source: Hetényi M., Ivanič P. (2018). The Role of Cyrillo-Methodian Cult in the Slovak National Revival in the Context of Contacts with the Eastern Slavs. Bylye Gody. 47(1): 70-78.

Number of views: 2467
Previous:
Scientists from Russia and Slovakia looked on board the slave ship
Next:
XVIII century: the influence of Iran on the Georgian military organization
Resources