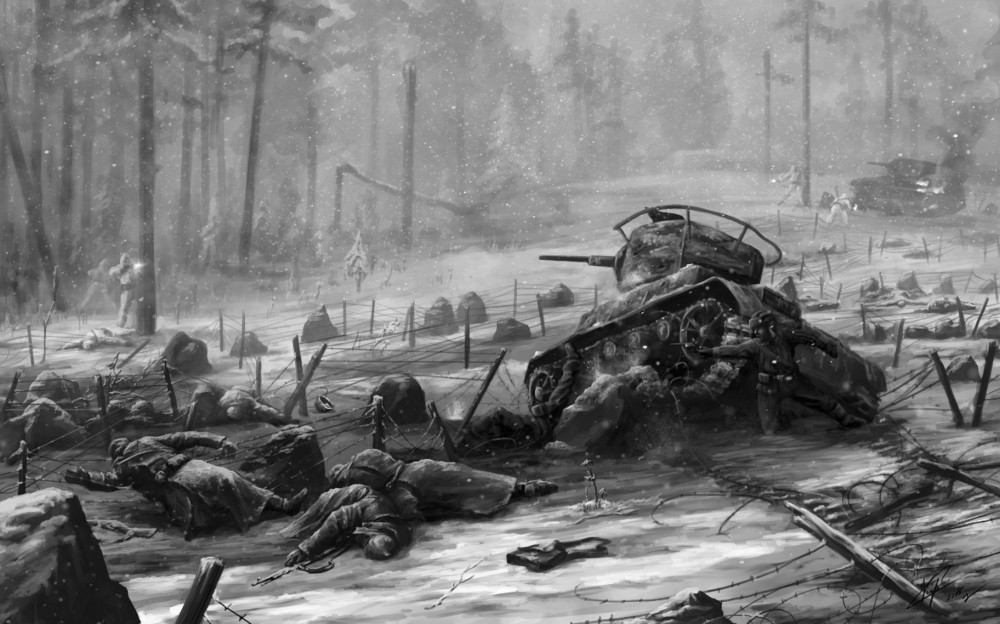 The whole period of the Soviet Union’s existence and the first years of independence of Ukraine did not write and talked about the military conflict in the winter of 1939—1940. The reason for the strategic defeat of the huge Soviet Union in the war with a small Finland. In the Soviet Union, they tried to create such a notion as the «Soviet people,» the relocation and mixing of a large number of people throughout the space of the USSR. Therefore, no one has ever defined participants in events by nationality or territorial location. Ukrainians also did not stand out. It was only when Ukraine became independent that there was a need to determine the participation of Ukrainians in the Soviet-Finnish war and their role. During the Soviet-Finnish war, the North-West front was commanded by the future Marshal and Hero of the Soviet Union, Ukrainian Timoshenko Semyon Konstantinovich. Future Marshal and Hero of the Soviet Union, Ukrainian Kulik Grigory Ivanovich, as Deputy People’s Commissar for Defense of the USSR, participated in the preparation of Army and Artillery Parts for the Soviet-Finnish War. The commander of the 70th division was Ukrainian Kirponos Mikhail Petrovich. Participated in the combat operations of the pilot-as and Hero of the Soviet Union, Ukrainian Kravchenko Grigory Panteleevich. Future Marshal and Hero of the Soviet Union, Ukrainian, Moskalenko Kirill Semenovich, during the Soviet-Finnish War, was the head of the artillery 51st Perekopskaya Rifle Division of the Odessa Military District. The future Colonel-General of the Tank Army and Hero of the Soviet Union, Ukrainian Kravchenko Andriy Grigorievich, during the war, was Chief of Staff of the 173th Motorized Infantry Division. In the three-month conflict, nearly 40,000 Ukrainians died. Among those who fought in this war and received the highest award — the Order of Lenin — Vasyl Petrenko from Poltava region. On the side of the USSR two divisions participated in the war, which were completed in Ukraine. These are the 44th and 70th Infantry Divisions. The first of them fell into the environment and almost all died, trying to break away from the Finnish ring. Those who escaped were subjected to a martial law court. Division commander, chief of staff, chief of the police department and commissar were shot. In general, several thousand participants in this war suffered repressions. Instructive that the Finnish side arranged the graves of the dead Soviet soldiers. The city of Suomussalmi has a monument to the soldiers of the 44th Division, at the time when the names of the heroes were forgotten in the homeland.

Number of views: 242
Previous:
Cossack’s strategies and stratehemas during the campaign of 1649 and their analogue in the «Stratehemas» by Section Juliy Frontin
Next:
Red Terror Against Menshovyks’ Opposition in Katerynoslav Region at the Beginning of the 1920s
Resources