The 14th – 16th c. Ottoman akches from the collection of Odessa archaeological museum 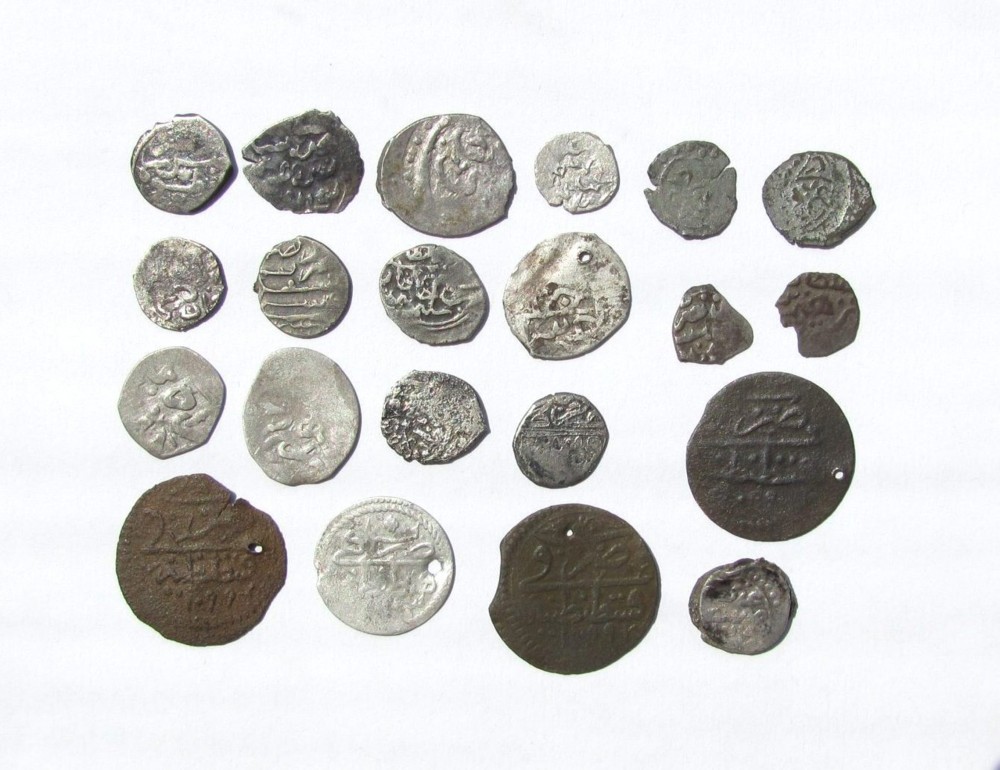 The article deals with 96 previously unpublished silver Ottoman akches that came to the collection of Odessa archaeological museum before Word WarII. The places where they were discovered are unknown. However, some of them might have been part of large Dmitrovka hoard discovered in 1898. In addition, some of these coins could have been found during 1912 archaeological excavations of Akkerman fortress headed by Ernst von Stern. The presented coins are attributed to sultans BayezidI (1389-1402) (1pc.), BayezidII (1481-1512) (23pcs.), SelimI (1512-1520) (12pcs), SuleymanI (1520-1566) (56pcs.), MuradIII (1574-1595) (1pc.) and unidentified issuer (3pcs.).Among SuleymanI’s coins there are specimens (nos. 49, 61, 69, 71, 72, 76, 81) that have some slight differences from the types described in S.Srećković’s catalogue. No.58 struck in Edirne has a new obverse variation close to type F1*c. It is a noteworthy specimen since the group of obverse types F has not so far been represented among Edirne akches of SuleymanI. Nos. 59, 60, 64, 65, 67, 70, 87 can contribute to the study of obverse and reverse die linkages since there are some new die combinations absent in S. Srećković’s catalogue. SelimI’s akche no.29 has a considerable lower fineness (500‰) compare to the other coins and slightly barbarized legend, suggesting it should be attributed to imitations — a cate-gory of silver coins patterned after Ottoman akches, which should not be confused with silver plated copper counterfeits. In contrast to no.29, SuleymanI’s akche no.78 has a regular, not distorted legend, but its fineness is also 500‰. Despite being illegal, there were a few cases of striking counterfeit coins on the official Ottoman mints, and this coin might be one of these. In general, of 96 pieces only 6 has fineness lower than 900‰, testifying to strict control over minting by Ottoman authorities.

Number of views: 89
Previous:
Illegitimate Children in the Population Accounting Church Records in the 18th– the First Half of the 19th Century
Next:
Aeronautical Units in Mykolaiv in the Period of the Ukrainian Revolution 1917-1921
Resources