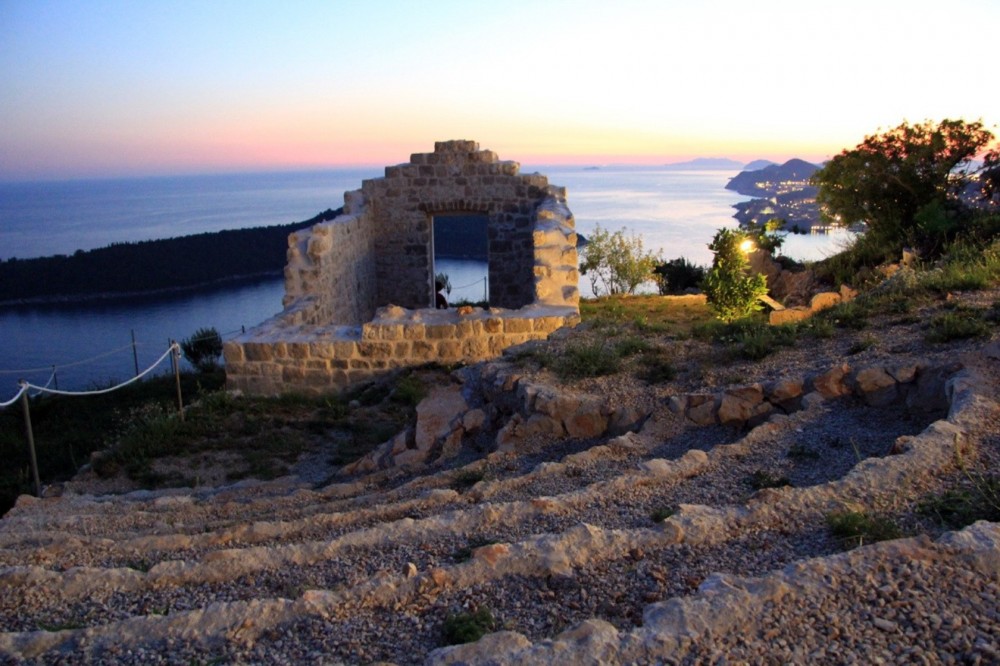 The small church of St Orsula (Ursula), built by the old communication route to Župa and its divergent path to Brgat, must have been an impressive landmark to a traveller approaching Dubrovnik from the east, and a spot from which he could set his eyes on the city for the first time. The building of St Orsula started in the second half of the fourteenth century thanks to the noblewoman Tolija Silvestro, and was largely modelled after the church of St Stephen at Dubac, erected by her late husband Stjepan. The church was completed somewhat later, with the support of her own as well as other pious bequests. The veneration of St Orsula in the Dubrovnik area had already been confirmed in the fourteenth century through the naming practice and the reliquaries in the Dubrovnik churches. Early spreading and development of the cult may have been influenced by the Legenda aurea, a popular work into which the legend of her life and martyrdom was included, and which also found readers in Dubrovnik. On the basis of archival sources and archaeological findings, it has been established that a hermit dwelling stood by the church in the fifteenth century. It seems that it was occupied for a relatively short period, perhaps even less than a century, at the time when eremitism was a typically male form of pious life outside the monastic orders and clerical vocation. A local variant of the legend of St Hilarion provides an image of an “ideal” hermitage, like the one that might have stood at Orsula. As gathered from the sources, neither the Orsula hermits nor any other hermits from the Dubrovnik area belonged to the elite. Their life revolved around piety and church maintenance, usually on remote locations away from the urban centre. Yet, as medieval hermits did not consider that contemplation and prayer necessarily required a life of solitude, they did not fully withdraw from social contacts, and their habitations often stood near roads, as in the case of the Orsula location.

Number of views: 119
Previous:
Is the Name «Polish Death Camps» a Misnomer?
Next:
Regulatory provision of healthcare delivery for the members of the military in the first half of the nineteenth century. (through the example of kyivprovince)
Resources