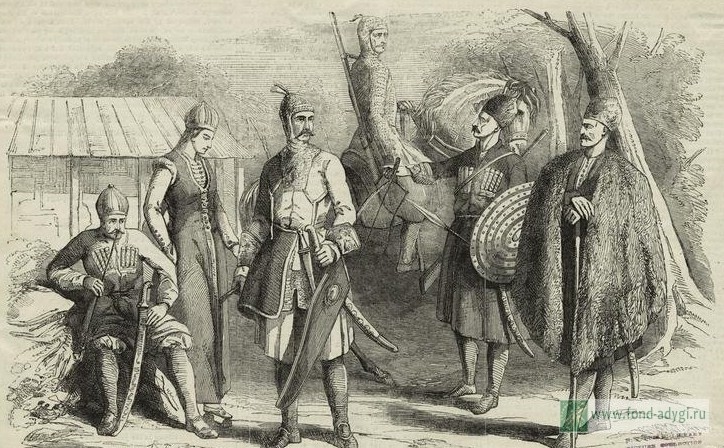 This article looks at the structure, the religious rites and customs of the Circassian aristocracy of the late XVIII — mid XIX centuries. Emphasis is given to the origins of the Circassian nobility. This research draws upon fragmentary data in an attempt to reconstruct the history of Circassia at the end of the 18th century. Primary sources include documents from the State Archives of the Krasnodar Territory (Krasnodar, Russian Federation), personal accounts produced by travelers and emissaries of the Caucasian War period, as well as pre-revolutionary scientific studies. Objectivity and historicism are the principles which provide the methodological basis for this research. They offer an unbiased approach to the analysis of the issues studied and a critical attitude toward sources. They also allow the authors to draw up assessments based on the study of facts, and to portray the phenomena analyzed in their historical development and context. As such, the authors conclude that the hypothesis according to which the descendants of Crusaders and European Christians (from the XI—XV century) constituted the majority of the Circassian nobility proves correct. This is confirmed both by the chronology of historical events, and by the anthropological and cultural features of the Circassian population. Until 1785, Circassia and Georgia resembled the medieval states of Western Europe due to their feudal systems. The spread of Islam in these territories was prohibited. After the Civil War of 1785, the aristocracy in much of Circassia lost its rights, leading to a long conflict between the Circassian nobles and the plebs.

Number of views: 118
Previous:
XVIII century: the influence of Iran on the Georgian military organization
Next:
The romanian scientist about the roads on the Sibiu area
Resources