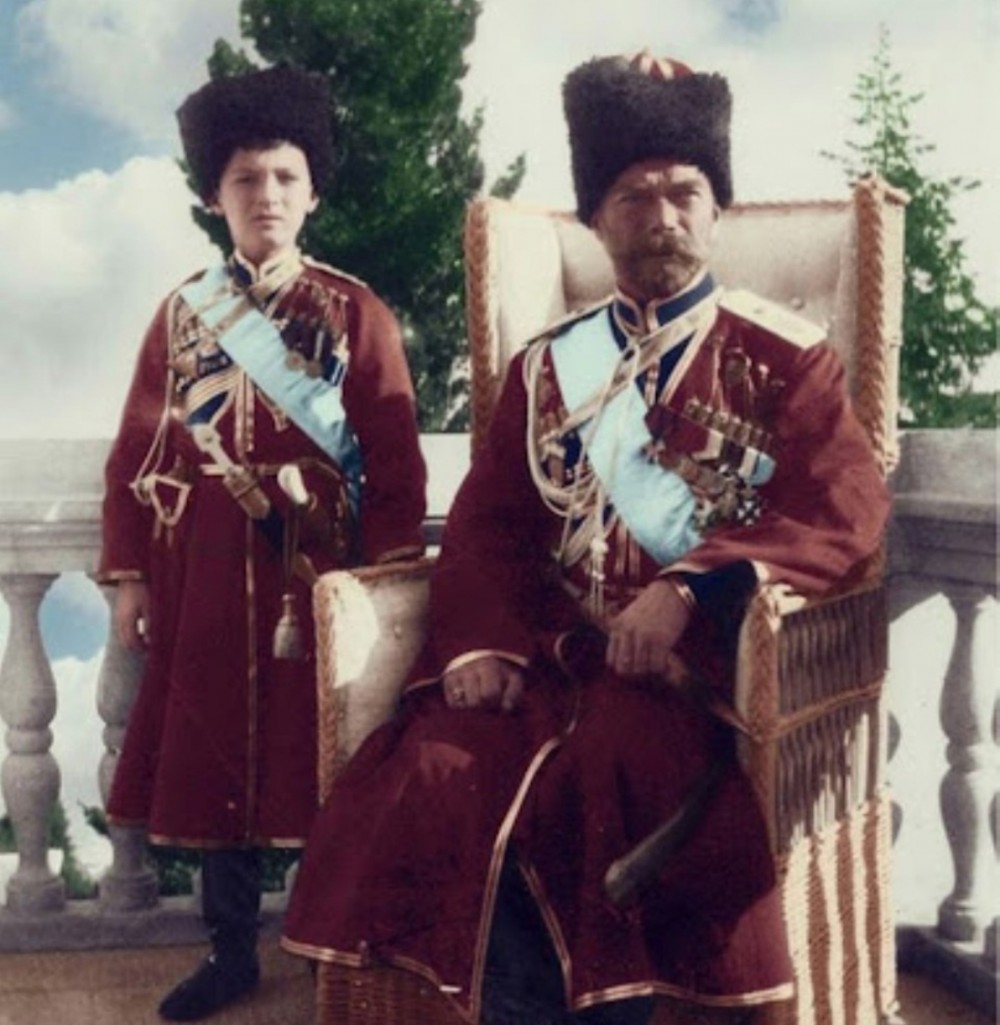 The article examines the patronage of the Russian Emperor and the heir to the throne over the Don Guards Cossack regiments and the presence of the Don Guards Cossack military uniform in their wardrobe in the XIX — early XX centuries in the context of the formation and development of the institution of honorary patronage over military units in the Russian Imperial Army. The appointment of the honorary chiefs of the Life Guards of His Majesty's Cossack Army, the Life Guards of His Highness the heir of the Tsarevich of the regiments and the Life Guards of the 6th Don Cossack Battery of His Majesty's Highest personages clearly demonstrated the special patronage of the members of the imperial family to the Cossacks and contributed to the establishment of a special regimental form of Cossack military uniforms, which were distinguished from the uniforms of the Guards, combat and other regiments of the Russian army by a special cut, special appearance and color, aiguillettes, uniform uniforms. fittings and some other elements of a military uniform. The chiefs were required to wear the uniform of their units, took part in their events, in military shows, divorces, parades, the arrival of the guards in St. Petersburg and services in the capital. The military uniform occupied an important place in the government's policy towards the Cossacks, turning them into a military service class, and forming a special socio-ideological image of the «tsar and the Cossack». The emperor and the heir Tsesarevich, who was the August ataman of all the Cossack troops of the country, were represented by the warriors of the Cossacks as one of the military and social pillars of the autocracy. Through the uniform, the ideas of a strong unity of the sovereign and the Cossacks were carried out, the Cossack class mentality was brought up, a certain type of thinking of the Cossacks was created not only as famous soldiers, but also as loyal servants of the state and the emperor, A great influence on the development of the institute of honorary patronage and the development of the Cossack military uniform of the Highest persons was exerted by their visits to the Land of the Don Army (the Don Army Region), participation in Military circles and various events.

Number of views: 33
Previous:
Start All Business from the Beginning: N.S. Mordvinov – Theorist of the Excise System for Tax Collection from Alcohol
Next:
Memoirs of Members of Ukrainian Military Formations in the German Armed Forces as a Source for Studying the Daily Lives of Soldiers of World War II
Resources