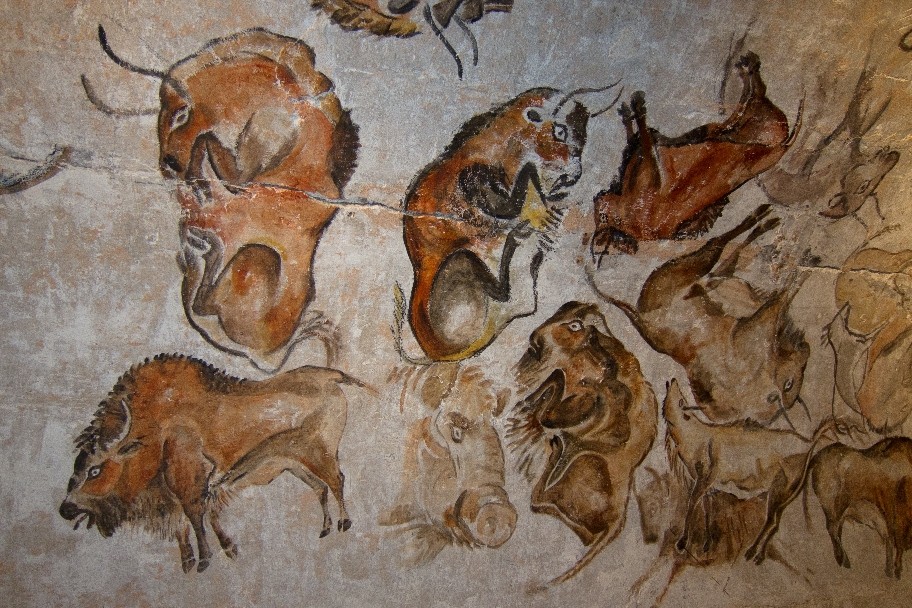 The Late Paleolithic site Anetivka-2 functioned in the steppe Buh region during the period of the Last Glacial Maximum. In addition to mass findings of flint produced items and faunal remains, the non-utilitarian objects, relating to primitive art, were found at the settlement. They include small plastic art items represented by geometric shapes, anthropomorphic, and zoomorphic sculptures. The zoomorphic sculpture of small forms at Anetivka-2 is represented quite widely. Among them are the sculptures of bison, mammoths, hares, birds, representatives of the cat family, horses, rhinoceros, and zoomorphic figurines, which make it difficult to recognize what animal it is. The animals are created both as a whole, and in part, for example, only the head of an animal. Most of the figurines are found intact, some in fragmented form. In some cases, one gets the impression of intentional damage to some figurines. Single items are made in the form of pendants. Several items found at the site are of a double nature when the sculptures of two animals are combined in one, in some cases, they are of the same species and sometimes different. The  prehistoric  craftsmen  of  Anetivka-2  used  both  hard  and  soft  materials  as  raw materials for the processing of zoomorphic mobiliary art sculptures. Zoomorphic figurines are made of leck, kaolin, ocher, quartz, alluvial pebbles, sandstones, sandstone quartzite, talc schist, and bone. Prehistoric hunters were very observant, as their life and well-being depended on it. When making animal sculptures, they reproduce the most characteristic visual features by which one can easily recognize an animal: a massive head, neck, hump, and sometimes horns, a bison neck fold; mammoth trunk and bulky head; beak of a bird; cat's ears; ears and hogback of a hare. Different animals often have carved eyes, typical muzzles, ears, sometimes nostrils. Animals are shown mainly in a calm state, less often in motion. All figurines are not big. Their size ranges from 6 mm to 60 mm. Most of the animals are recognized easily and accurately. Some  sculptures  are  more  schematic,  others  are  carefully  worked  out.  Apparently,  the thoroughness  of  the  sculpture  depended  on  the  abilities,  skills,  and  experience  of  the craftsman and how much time he could devote to making the figurines. Anetivka-2  has  a  rich  assemblage  of  mobiliary  art  and  other  non-utilitarian  objects illustrating the spiritual life of the primitive population of the mammoth steppe in the Granite-Steppe Buh region 18-19 millennia years ago.

Number of views: 63
Previous:
History of the Upper Paleolithic Sites Study in the South of Ukraine
Next:
At the service of great tasks: falsifications in the turkish politics of the polish-lithuanian commonwealth in the XVII century
Resources